“At 30% of the sales mix, it’s part of our success now and part of our growth aspirations in the future,” said De Silva, who took over from David Hilbert as he became marketing director for Europe. 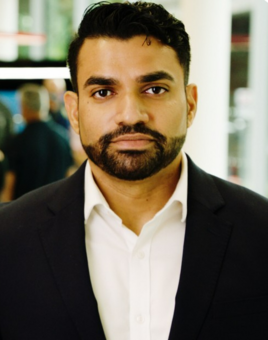 The Sportage, which has reigned supreme as the AM Awards Used Car of the Year every year since 2016, continued it meteoric sales rise in its previous generation.

Arriving in showrooms this week, the latest generation Sportage is being offered in petrol, turbodiesel, 48-volt mild hybrid, hybrid and – from Q2 – plug-in hybrid (PHEV) guise as the brand leaves no stone unturned in its pursuit of continued sales success.

De Silva, who insisted that Kia's focus on "sustainable growth" would be maintained despite its increasing volume targets in a challenging market, added: “We wanted to give customers choice.

“It’s a great position for our dealers to be in. A customer walking in saying ‘I’m undecided’ can be assured that there is a drivetrain option that will suit their needs.”

He said: “A lot of brands claim to be electrified leaders, but we have the products to back that claim. In 2022 we will have a total of 10 electrified models on offer.”