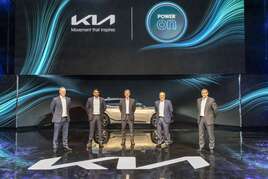 Gravells Bridgend has won the Dealer of the Year Award at the 2021 Kia UK Dealer Excellence Awards.

Burton Kia and Evans Halshaw Stourbridge followed in second and third place respectively in the annual awards which celebrate the best performers amongst the 192-strong Kia dealer partners.

Kia said each of the dealerships stood out as having performed exceptionally well across sales, afters ales and customer experience.

“We are immensely proud of our dealer partners who have each helped deliver a record market share for Kia last year, as well as continuous innovation in the face of unique challenges to ensure customers and their communities are always placed at the heart of the business.”

Fellow award winner at Kia's annual prize giving, Burton Kia, was the only UK recipient of the Platinum Prestige Dealer Award, which is given to just 3% of Kia dealers globally.

The Sales Excellence Award was retained for another year by Lookers Stockport, marking its fourth win in five years for the same award.

Premier Automotive Rochdale won the After Sales Excellence Award for a second year running, while its sister location in Dukinfield was also named in the top ten for the After Sales category. 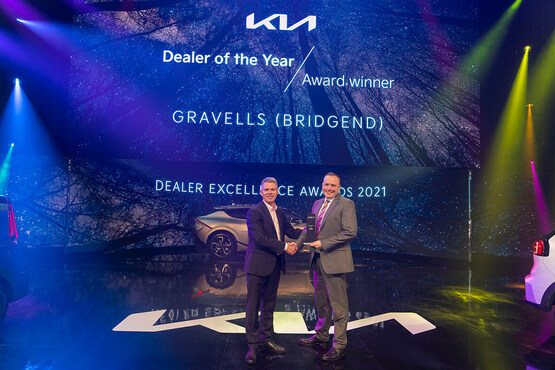 The dealerships were praised for their sales of parts and accessories and overall customer service and retention, particularly given the unique challenges faced in 2021.

Another repeat winner, Ken Jervis Stoke-on-Trent was recognised once again as winner of the Customer Experience Award.

The dealership was commended for its outstanding customer focus and commitment to providing consistently high-quality customer service throughout the past year.

This is the second consecutive year that the dealer has won the award, as well as having won it twice before and finished in the top three annually for the past ten years.

Last year, the Sportage was the most popular Kia model, ranking ninth best-seller in the total market, while one in three Kia cars sold was electrified.

Kia also launched the fully electric EV6 in 2021, which debuted to customers with a nationwide tour at every Kia dealer across the country.

This year will bring the addition of a new Sportage SUV, an updated Ceed hatchback and the first full year of sales for the EV6.

Kia has also revealed details of the new Niro Hybrid, ahead of the models arrival in UK dealerships later this year.