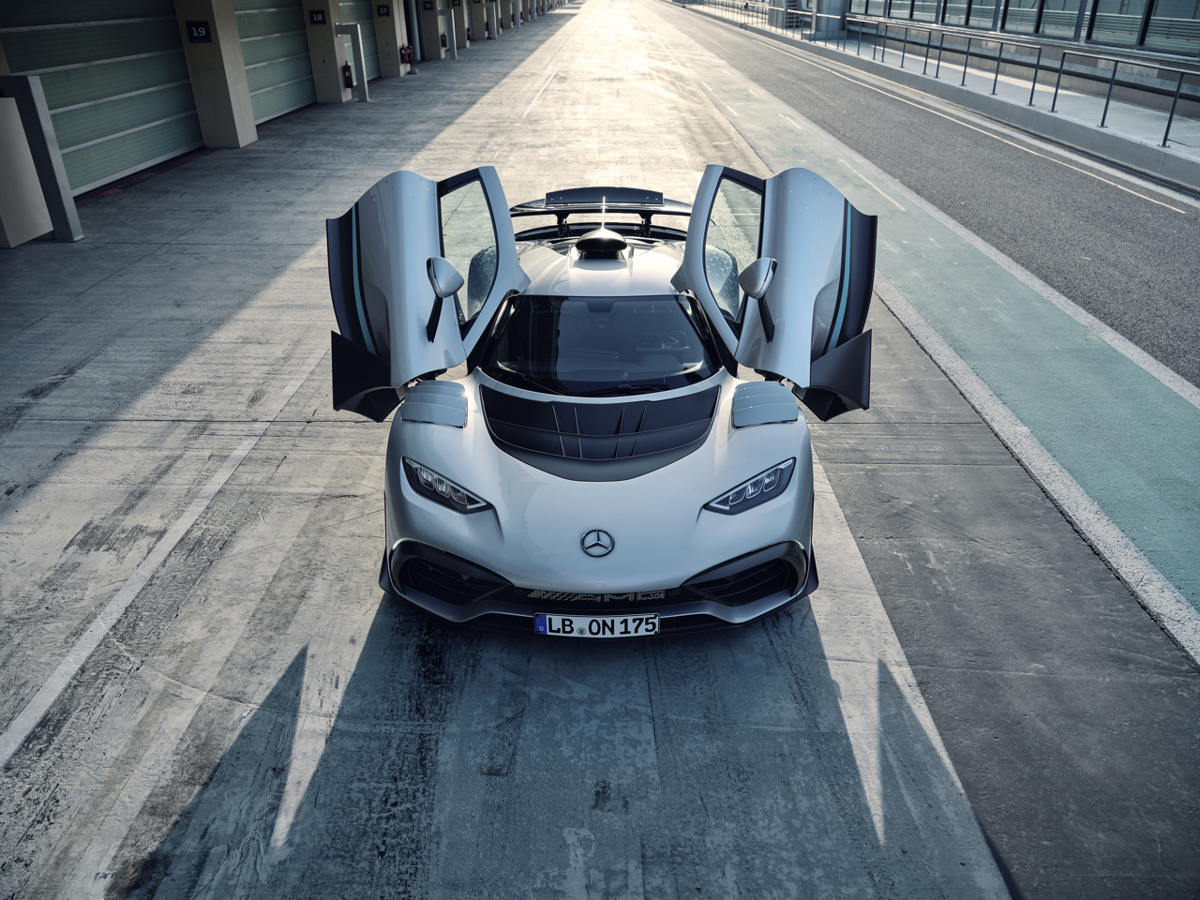 Mercedes-Benz has revealed its limited run AMG ONE hypercar, which is billed as “an F1 car for the road”, ahead of customer deliveries later this year.

All of the 275 examples that will be built have already been sold. The car is result of a collaboration between Mercedes-AMG’s road car division and its Formula One team.

The ONE costs £2.2 million and has 1,069PS, delivered via a 1.6-litre turbocharged V6 petrol engine and four electric motors.

It can reach 219mph and can accelerate from 0-62mph in less than three seconds. An 8.4kWh battery is used to power the motors. It can be charged from a chargepoint, like an EV, or by using recouperation while driving.

Power is transmitted to the rear wheels by means of a seven-speed manual transmission completely newly developed for the Mercedes-AMG ONE.

"With the Mercedes-AMG ONE, we have more than pushed the envelope. The immense technical challenges of making a modern Formula 1 powertrain suitable for everyday road use have undoubtedly pushed us to our limits.

“Over the duration of the development period, many may have thought that the project would be impossible to implement. Nevertheless, the teams in Affalterbach and the UK never gave up and believed in themselves. I have the highest respect for all those involved and am proud of this team achievement.

“To put such a hypercar on wheels is certainly unique. This applies to us as Mercedes-AMG not only from a technical point of view, but also in terms of the close exchange with our loyal customers. Together with us, they have gone through ups but also downs in the course of development. They were an integral part of Project One from the very beginning and can now look forward to the highly exclusive and unique Mercedes-AMG ONE, which has now also been able to clear the next hurdle and passed all ECE certification tests", said Philipp Schiemer, chairman of the Board of Management of Mercedes-AMG GmbH.

The ONE forms part of Mercedes’ new strategy to refocus its model line-up in high-profit luxury segments, dropping cheaper models.