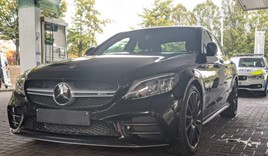 An opportunistic car test driver was apprehended by Derbyshire police after allegedly attempting to flee JCT600’s Mercedes-Benz dealership in Chesterfield in a Mercedes-Benz C63 AMG.

Officers from the Derbyshire Constabulary’s Roads Policing Unit took to Twitter to share news of the seizure of the near-£40,000 high-performance sports saloon after pursuing the 476PS approved used vehicle as its driver allegedly attempted to leave the county. 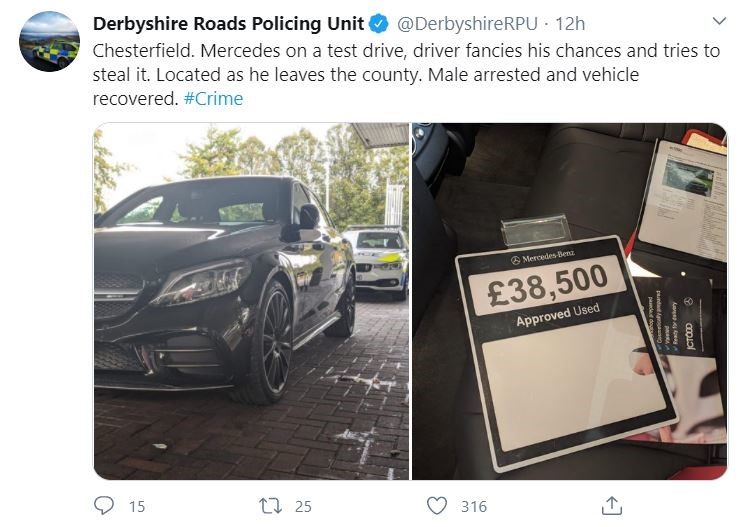 The Tweet said: “Chesterfield. Mercedes on a test drive, driver fancies his chances and tries to steal it. Located as he leaves the county. Male arrested and vehicle recovered.”

JCT600’s Mercedes-Benz dealership in Chesterfield in located on Lockoford Lane.

The Bradford-based AM100 retail group expanded its operations with the German premium brand in the town back in 2017 when it opened an Audi and Mercedes-Benz car PDI centre featuring an outdoor stock holding area for up to 600 cars, wet and dry valet bays enabling work on 10 cars at a time, and two indoor handover bays able to accommodate 25 cars per day.

Asked about the risks taken by the business in letting people drive away in a brand new car unaccompanied at the time, Forester said: “When you actually go for a test drive you will be the only person in the car, which will be quite a major change for customers.