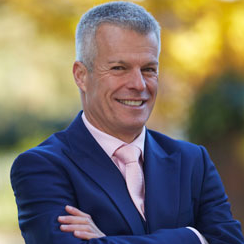 Manufacturers of 'silent' electric cars will face substantial civil claims for accident-related damages if they don’t fit synthetic noises to their vehicles, solicitor Nick Freeman, known as the ‘loophole lawyer’, has warned.

The traffic lawyer said the addition of a sound to a silent vehicle was a necessity, and would lessen the chance of collisions with pedestrians and cyclists, unaware of their stealth-like approach.

Freeman (pictured) added whilst the manufacturers of battery-powered vehicles went to great lengths to ensure the safety of the driver and passengers, they also had a legal responsibility to all other road users, and in particular those with sight and hearing impairments.

He said: “Research has shown that quiet hybrid/electrical vehicles are 40 per cent more likely to collide with pedestrians than cars with a combustion engine. Why? Because the combustion engine announces its presence by making a noise.

“They need to take heed of this advice or they will find themselves in the dock facing huge civil claims for accident-related damages.

“I have no doubt that the government will be considering whether they should legislate for a minimum sound as they do for a maximum.”

“This week I have been a passenger in two hybrid taxis, and both drivers complained of numerous near misses with pedestrians, particularly in car parks where their vehicles had a stealth-like presence.

“The two senses of sight and sound are key to road safety. By removing one you greatly increase the prospect of an accident.”

Freeman is owner of the legal practice Freeman & Co. and has been featured in the media for his defence of celebrities including comedian Jimmy Carr, golfer Colin Montgomerie and footballer David Beckham in traffic cases.