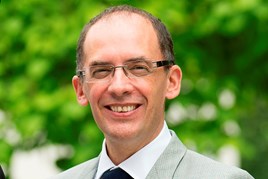 Urgent action is required to address a “critical” skills shortage within Britain’s automotive industry – with up to 5,000 jobs left vacant.

A survey of automotive firms, developed by automotive industry consultants SMMT Industry Forum on behalf of the Automotive Industrial Partnership, questioned a range of British-based automotive firms on the issue in a bid to assist both industry and government in tackling the issue.

It classified around 19% of the unfilled vacancies as “critical”, stating that their effect had significant impact on company operations.

Engineering was the key area where improvement was needed, with a shortage of design and production engineers in particular. The knock-on effect, according to the report, is that companies are hiring temporary contractors and recruiting from abroad.

News of the skills shortage comes after Britain’s automotive industry celebrated its best ever year in 2015. Car production reached 1.59 million vehicles and over 800,000 jobs were sustained within the industry.

Volumes are forecast to reach an all-time record two million by 2020.

The UK also achieved notable success in productivity levels, which have increased 40% since 2010 to make UK labour productivity the highest in Europe.

But Jo Lopes, chair of the Automotive Industrial Partnership and head of technical excellence at Jaguar Land Rover, warned that changes must be made. He said: “These are very significant findings which present a valuable basis for government and industry to jointly tackle this issue head-on and ensure that the growth potential of the industry in the coming years is fulfilled.

“The Automotive Industrial Partnership has already made some important steps since its inception – including the introduction of a range of training programmes – and it will have a crucial role to play in addressing the skills challenge.”

Skills Minister Nick Boles said: “This report shows we cannot be complacent. The sector needs to maintain its high productivity and international competitiveness and address the required demand of skilled workforce, engineers and designers.”

SMMT chief executive Mike Hawes said: “The automotive industry has already invested heavily in apprenticeships and training for existing staff to grow and develop a new generation of skilled workers. However, even more support is needed.

“The struggle to fill vacancies is holding back growth and opportunities for business, and it is essential that both government and industry work together quickly to identify ways to plug this gap.”