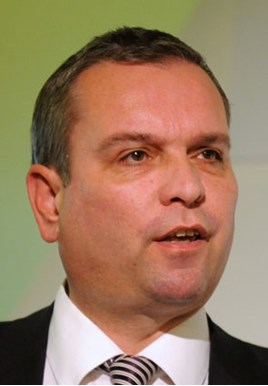 Used car website NFDA Trusted Dealers is calling on the government to invest in the UK’s charging infrastructure as more motorists consider an alternative fuel vehicle as their next car.

Research carried out by the NFDA revealed that over 30% of motorists believe that the current low fuel prices will not last and indicated that many were looking to hybrid and EV vehicles to cut the cost of motoring as 50.77% identified the cost of fuel as the main influencer when choosing their next vehicle.

Findings from the survey of 1,000 UK motorists reflected SMMT figures which showed that sales of alternative fuel cars grew 40.3% in 2015, with 8.10% of participants in its recent survey saying the next car they bought would be an alternative fuel vehicle.

But Trusted Dealers is calling for the government to do more to support sales of alternative fuel vehicles by investing in the UK’s charging infrastructure.

Trusted Dealers managing director, Neil Addley, said: “We regularly survey motorists to understand the changing shape of the consumer market and currently only a third of drivers remain optimistic about low fuel costs, with two thirds either undecided or saying they will rise.

“The reality in the motoring sector is that people are turning towards green cars to save themselves money. British motorists already spend more than £3,000 every year on running their vehicles so green cars are looking increasingly attractive to help drivers save money where possible.

“With many consumers looking to make their next car a green vehicle, the emphasis is now on the government to support them by ensuring there are sufficient charging points available for green owners to recharge their cars while on the road.

“Increasing the number of rapid charging points would allow consumers to use green cars as a viable alternative, even when travelling long distances, making them an even more attractive vehicle.”

Trusted Dealers is part of the National Franchised Dealer Association (NFDA), one of the UK’s leading motor industry bodies.

The Trusted Dealers website has seen a significant increase in green alternative vehicles, with the number of used alternative fuel vehicles listed tripling in the last year.

Earlier this year the government announced a £40 million package to improve the EV infrastructure in eight key locations across the UK.

Free parking, access to bus lanes and electric car experience centres are expected to be among the benefits for residents in Bristol, London, Milton Keynes, Nottingham, Dundee, the North East, Oxford and York.