Could Brexit delay the decline of diesel? 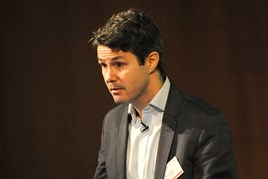 Brexit could offer diesel vehicles a stay of execution as the UK would no longer need to meet the stringent EU emissions laws prompting manufacturers to slow production from 2017, claims Motoring.co.uk.

Activity on Motoring.co.uk shows that the number of diesel cars being searched for has remained static over the last six months, with activity for hybrids and electric vehicles increasing by 68%.

If Britain leaves the EU, however, it would no longer be held accountable for failing to meet tough EU environmental laws and would be free to repeal them, resulting in a potential reprieve in the decline of diesel.

“For example, a legal challenge by environmental lawyers, ClientEarth, citing an EU directive, has led to old diesel lorries, vans and taxis to face charges for driving in highly polluted urban zones.

“A move away from the EU would almost certainly see the power of campaign groups to challenge the Government fade away.”

The House of Commons fears that this lack of accountability may result in weaker air quality rules, Motoring.co.uk said.

Should Britain remain in the EU Motoring.co.uk predicts that 2017 will be the year major manufactures will likely decrease diesel production due to the EU’s tough stance on emissions leading to the rise in the registration of hybrid and electric alternatives.

The stunted growth of diesel registrations, coupled with tougher pollution limits and depreciating values, will also play a part in this.

Figures from the Society of Motoring Manufacturers and Traders (SMMT) show that diesel registration growth slowed to 0.6% in January 2016, indicating a decline when compared with the 2.7% diesel growth recorded in January 2015.

Petrol hybrids showed the largest growth for 2015, with registrations up 44.1% in January proving that manufacturers are responding to consumer demand for more economical options.

It was recently reported that some leasing companies are being forced to cancel orders for plug-in hybrid vehicles as demand is greatly exceeding supply.

Hogan said that the Volkswagen emissions scandal had had far-reaching repercussions for both manufacturers and consumers. He added: “There is now greater scrutiny on emissions from regulators, making it more expensive to produce diesel cars that are compliant with new rules.

“This has been a particularly large blow for manufacturers who are already facing thin profit margins on diesel models.

“We are seeing manufacturers bringing forward their hybrid car plans, particularly in Western Europe and the US where taxation and legislation to improve air quality will force the issue.

“If Brexit becomes a reality it may give the diesel decline a brief respite as it takes advantage of the confusion surrounding emission targets and accountability.

“However, the trends identified on motoring.co.uk are likely to continue into the future seeing diesel increasingly lose ground to hybrid and electric vehicles.”