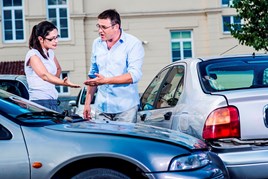 A new study by Accident Exchange has highlighted that nearly 10% of all collisions last year involved new 15 and 65-plate vehicles.

The study found that 32% of all new car accidents happened within the first two months of ownership and that, on average, accidents occured just 57 days after delivery.

Scott Hamilton-Cooper, director of operations at Accident Exchange, said: “It is vital that the messages of manufacturer approved processes, equipment and technicians are communicated to all customers – longstanding and new – in order to protect the integrity of the vehicle and return it to factory finish condition.

“An efficient accident management programme will make the process dramatically easier for the driver and help retain the repair work within the network, which in turn boosts retention and revenue.”

The study examined 35,800 incidents recorded by Accident Exchange between February 2015 and January 2016.

Historic research by Accident Exchange has found that up to 63% of motorists involved in an accident will purchase a new car within six months.