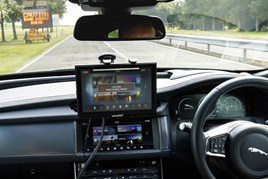 The House of Lords Science and Technology Committee is set to continue its inquiry investigating driverless vehicles by quizzing ministers on a range of associated issues - including attitudes to buying and using autonomous cars.

A statement issued by the House of Lords said that the committee will explore with government ministers “how driverless vehicles fit into wider transport strategy and policy and what the government is doing to ensure knowledge gained in their development benefits all sectors”.

It will also examine with the academics the socio-economic aspects of the deployment of self-driving cars such as how much is really understood about human interaction with the technology.

Among those that the committee will hear from next week are: Prof Sarah Sharples, professor of Human Factors, Faculty of Engineering, Nottingham University; Prof Natasha Merat, Professor in Human Factors of Transport Systems, Institute for Transport Studies (ITS), University of Leeds; and Mr Andy Graham, consultant, ITS United Kingdom.

The committee will address how information might be obtained on drivers’ attitudes to using, and buying, automated vehicles or sharing the streets with them and how much is known and understood about the behaviour and interaction of people with the technology used for autonomous vehicles.

It will also question the benefits and drawbacks associated with the deployment of highly automated or autonomous vehicles and how the government might ensure that the possible increased convenience of autonomous vehicles does not lead to an increase in journeys by car at the expense of active modes such as walking and cycling.