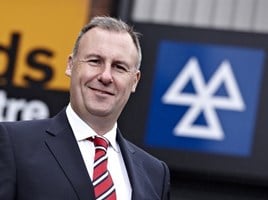 Brexit fears and uncertainty around increasing car prices are threatening to stall the new car market.

An estimated 377,000 motorists ‘strongly agree’ that Brexit is making them think twice about buying a new car, according to new research by AA Cars, the used car website.

It says this pessimism could cost the new car market an estimated £6.5 billion*.

Around a quarter of motorists predict leaving the EU will push up the price of everyday driving costs, with 23% expecting new car prices to rise, 26% concerned about the spiralling cost of fuel and four in 10 (16%) predicting insurance costs will increase.

Drivers in Scotland were the most pessimistic about car prices, as 32% agreed strongly that we’d see price increases due to Brexit.

The AA-Populus poll, which surveyed 15,470 AA members about their car buying intentions in light of the EU referendum, also found that 6% of drivers are putting off buying a new car until they know what Brexit means.

Consistent with this, 7% of drivers say they ‘strongly agree’ with the statement that they’d be more likely to buy a used car since the EU referendum.

Younger drivers are among those most concerned, with 9% of 25-34 year olds put off by buying a brand-new car, with one in ten (10%) of that age group looking to buy a used car instead.

Simon Benson (pictured), AA Cars’ director of motoring Services, said: “It’s impossible to predict exactly what Brexit will mean for the British motor industry, but it’s already clear that the current climate of uncertainty is having a real impact on car buying intentions across the UK.

“With rising inflation likely to weaken consumer confidence, and a first Bank of England rate rise for many years now looking far less remote, many drivers across the UK have quietly started to pull back spending on big ticket items such as brand new cars.

“It’s hardly surprising their intentions towards buying second-hand have hardened as a result. Collectively Brexit fears could hit the British motor industry for six billion.

“The UK has done well in the short-term to solidify high-profile deals with certain manufacturers, but until we can truly clarify what international trade is going to look like in two years’ time, the automotive industry is going to be at the whim of a growing number of social and economic headwinds.” 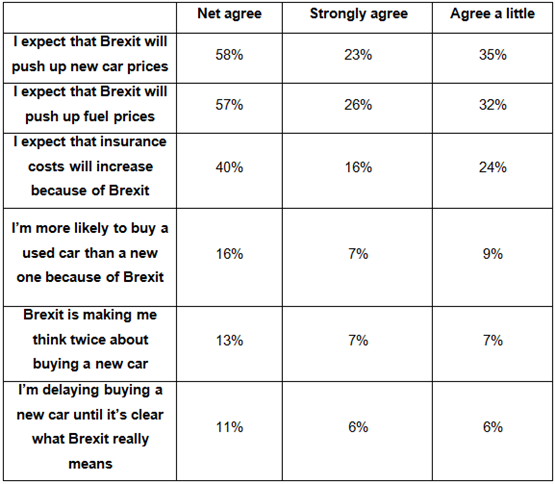 Respondents were asked: To what extent do you agree with each of the following statements regarding possible impacts of Brexit on motoring related costs? 7% said they ‘strongly agree’ that ‘Brexit is making me think twice about buying a new car’.