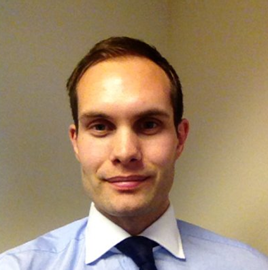 This month’s widely anticipated downturn in demand for new cars could be less pronounced than some have feared, according to Dealerweb’s analysis of sales enquiry data from the first two weeks of April.

The showroom management system provider found that during the first 14 days, enquiry volumes for new vehicles fell on average by 4% compared to the same period in 2016.

March saw a record 562,337 new cars registered in the UK ahead of this month’s introduction of changes to VED rates.

Alongside its April analysis, the company found that enquiry volumes during the first quarter of the year rose 7%, year-on-year. This is particularly notable as 2016 saw record new car sales enquiries across the UK, 11% higher than in 2015.

James Hill (pictured), Dealerweb operations director, said: “Some in the motor trade have been anticipating a sharp fall in new car demand this month, fearing that consumers who did not bring purchases forward to March could instead postpone them.

“March was a huge month for new car sales with more enquiries than ever, so a downturn was all but inevitable. However, the extent of that fall – thus far – has been more modest than some have feared and will give encouragement to those dealers keen to maintain momentum.”