New business in the point of sale (POS) consumer new car finance market fell 19% by value and 28% by volume in April, compared with the same month in 2016.

This mirrored a reduction in private new car sales in April which also fell by 28.5% over the same period, according to figures relesed today by the Finance & Leasing Association (FLA).

Head of research and chief economist at the FLA Geraldine Kilkelly said: “The fall in new business volumes reported by the POS consumer new car finance market is in line with recent trends in private new car sales.

“Many customers brought forward their car purchases ahead of changes to vehicle excise duty effective from April 1.

The POS consumer used car finance market reported new business up 4% by value and down 1% by volume in April, compared with the same month in 2016. 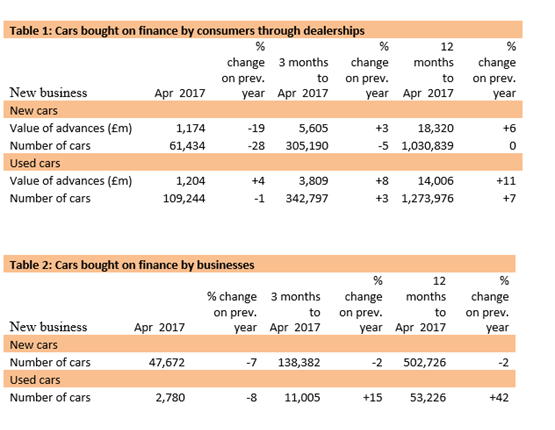