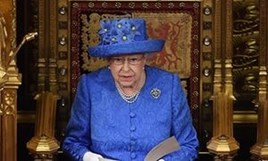 The NFDA has highlighted the replacement of the Bills of Sale Acts with a new Goods Mortgage Act as the key issue to emerge from a Queen’s Speech.

While outlined plans which might facilitate the further roll out of electric vehicles and lower car insurance premiums both featured in the document read out at the official re-opening of Parliament, NFDA director Sue Robinson said that changes to sales of goods legislation would “ensure more protection for both consumers and businesses”.

The National Franchised Dealers Association (NFDA) and the National Association of Motor Auctions (NAMA) have been campaigning jointly to change current legislation on logbook loans.

The Queen’s Speech confirmed that the current Bills of Sale Acts will be replaced with a new Goods Mortgage Act which will enable individuals to use their existing goods as security of a loan, while retaining possession of the goods.

As outlined in the Queen’s Speech, the main elements of the Bill are:

•       Repealing the Victorian-era Bills of Sale Acts and replacing them with a Goods Mortgage Act which enables individuals to use their existing goods (such as a vehicle) as security for a loan, while retaining possession of the goods.

•       Increasing protection for borrowers who get into financial difficulty.

•       Helping borrowers in financial difficulty by giving them the right to voluntary termination by handing over their vehicle or other goods to the lender.

•       Providing protection for innocent third parties who buy a vehicle subject to a logbook loan that may be at risk of repossession.

Robinson said: “Logbook loans represent an issue for our industry as they do not have to be recorded on the vehicle data registers, meaning that vehicles can be easily sold without the clear title.

“The new act will bring more protection for consumers and businesses, as vehicles will be properly registered on the credit agencies databases.

“We are pleased to see that the Government confirmed that it will consider further recommendations on the issue from the Law Commission, which NFDA and NAMA fully endorse.”

Electric vehicles were once again an area of focus in the Queen’s Speech.

In its automated and electrical vehicles bill, the government vowed to extend compulsory motor vehicle insurance to cover the use of automated vehicles and also require the installation of charge points for electric vehicles at motorway service areas and large fuel retailers.

Graham Armitage, partner and co-lead of mobility ecosystem at KPMG UK, said: “The announcement of an Automated and Electric Vehicles Bill is a welcome one.

“The bill seeks to address key factors which could delay the wider roll out of these new technologies.

“In the UK, we have structural advantages that should allow us to be early adopters of new mobility technologies. The economic and social benefit of connected and autonomous vehicles in the UK alone could be worth over £50 billion per year by 2030, and the opportunity to make the UK a key global hub for a new mobility ecosystem is enormous.

“But, success will only come through an unprecedented degree of collaboration across government and business, so this opportunity needs to be grasped quickly, and the new bill is certainly a step in the right direction.”