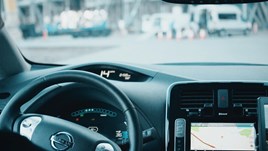 A study has revealed that the majority of motorists believe it will take 25 years for fully autonomous vehciles to dominte the market.

Servicing Stop asked 1,200 motorists when they thought autonomous cars would dominate the market and while some said they thought it could happen in just five years time, the majority of motorists said it would take 25 years.

While a quarter of motorists predicted autonomous cars becoming the norm in just 11 years time.

More than 40% said that knowing their car would not break any regulations such as speed limits was the most useful quality of an autonomous car, more than a quarter said it was the car’s ability to self-park while almost a third said it was the lack of concentration required.

Servicing Stop’s chief executive Oly Richmond said: “In just over two decades our roads could be filled with electric autonomous cars alone and that truly is an astonishing thought.

“The entire automotive industry is being transformed before our very eyes, but clearly motorists are keeping up with the trends as so many think autonomous cars will be driving on our roads sooner than the ban on diesel.

“There may still be a trust issue at play but it’s clear to see motorists are reaping in the benefits of self-driving cars, before they even step foot inside of one.” 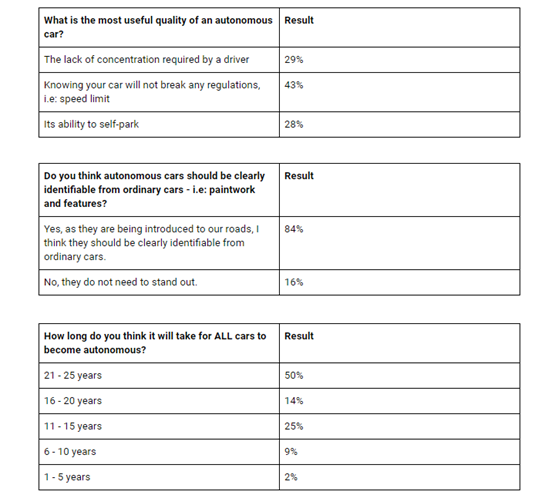