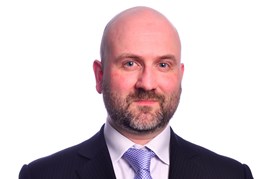 Autonomy is coming, and the industry’s biggest manufacturers are already putting the building blocks of the technology in place.

Each innovation, from lane assist to self-parking, is a step toward a fully autonomous vehicle and allows the manufacturer to test the market on how these new technologies are valued.

But the market has yet to gauge how much the latest technologies are worth in the new and used market.

How much will customers pay for a fully-autonomous alternative of the standard vehicle?

Manufacturers need to see immediate returns on investment; they can’t wait for the promised pot of gold in 20 years, and seeing returns in the here-and-now is vital to ensuring the continued development of the technology.

The situation is not helped by the launch of advanced technology features that aren't adequately explained to motorists.

Early versions of autonomous technology were flawed and only served to undermine confidence in newer, and infinitely better, iterations.

These cars will soon enter the used market, where more price-sensitive consumers will need a lot of convincing to spend extra money on equipment they never needed before and which in some cases is invisible to them.

Safety technology fails to attract much of a premium in the used market and governments have pushed manufacturers to standardise much of the autonomous safety tech, which makes it even less likely to be valued.

The industry needs to have a realistic understanding of the value of new technology to consumers.

Dealers need to up their game when it comes to selling new technology in the new and used market. And fleets remain a weak point, with little interaction with drivers when it comes to explaining new smart kit.

Despite this, the long-term potential of autonomy is pulling in new entrants.

Besides early-stage startups, VCs, and other investors, large companies are also chasing a slice of the self-driving pie with everyone from Google to Uber investing heavily.

Apple’s “Project Titan” has driven the rumour mill for years.

Initially, the project targeted an advanced electric vehicle and even speculation around the purchase of McLaren. In recent months we’ve seen a potential shift in strategy, with the development of an autonomous driving system.

In April 2017, details emerged confirming this pivot, with Apple documents describing an “automated system” and the company hiring robotics experts from NASA.

But there will still be challenges. The assumption is that consumers are begging to be freed from the drudgery of driving, but with most journeys being relatively short will they realistically pay thousands more for an autonomous system?

New retail models will be critical to the introduction of these technologies.

Apple stores and the genius bar with highly trained staff ready to help users get the best from the product may provide a roadmap.

BMW already has a product specialist in dealers, and we can expect this to become the norm. But brands are also starting to experiment with online sales – how do we successfully combine this trend with the need to educate drivers about new technology?

This year sees another big step forward with advanced autonomous technology in the new BMW 7-Series, Audi A8 and Mercedes S-class. The appetite motorists show for using these aids, and the price they are willing to pay will be pivotal.