The study, now in its third year, measures problems experienced during the past 12 months by original owners of vehicles in the UK after 12-36 months of ownership. 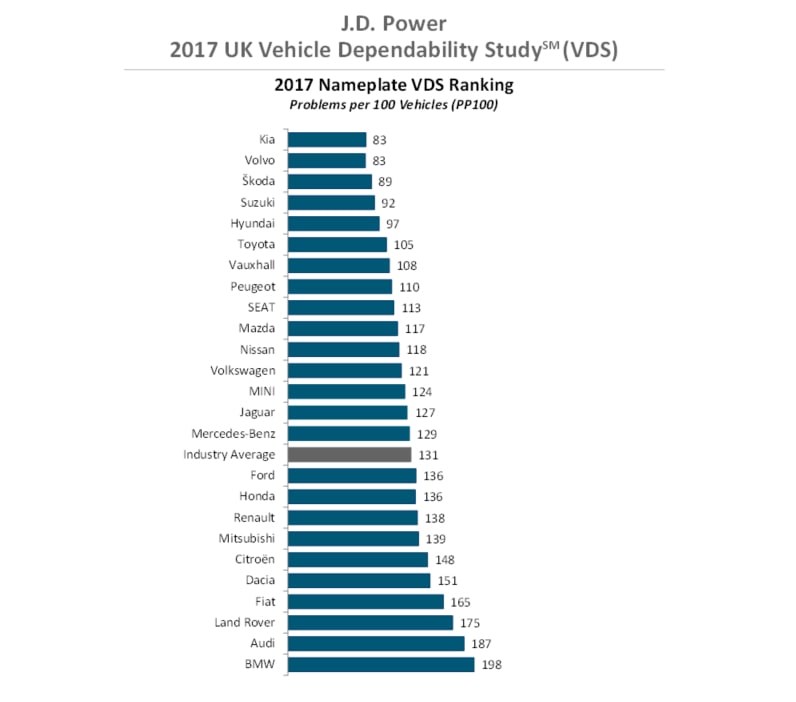 Overall dependability is determined by the number of problems experienced per 100 vehicles (PP100), with a lower score reflecting higher quality.

Kia and Volvo ranked highest in a tie in vehicle dependability among all brands, with a score of 83 PP100. Škoda ranks third with 89 PP100, followed by Suzuki with 92 PP100.

Among premium owners who experience no problems with their vehicle, 58% say they “definitely will” purchase/lease the same brand again.

That number declines to 48% among premium owners experiencing one or more problems.

Volume owners experience a steep decline in intended loyalty upon experiencing the first problem (to 40% from 49%), and loyalty steadily declines from there as the number of problems experienced increases.

J.D. Power Europe's head of research Mark Lendrich said: “Minor issues like foggy windows, noisy brakes or navigation systems that are difficult to use can be very frustrating for owners and can negatively affect brand loyalty.

“These design problems aren’t easy to fix at a service appointment and, if the owner has to live with these problems for the duration of time they have the vehicle, they’re less likely to purchase the same brand in the future.” 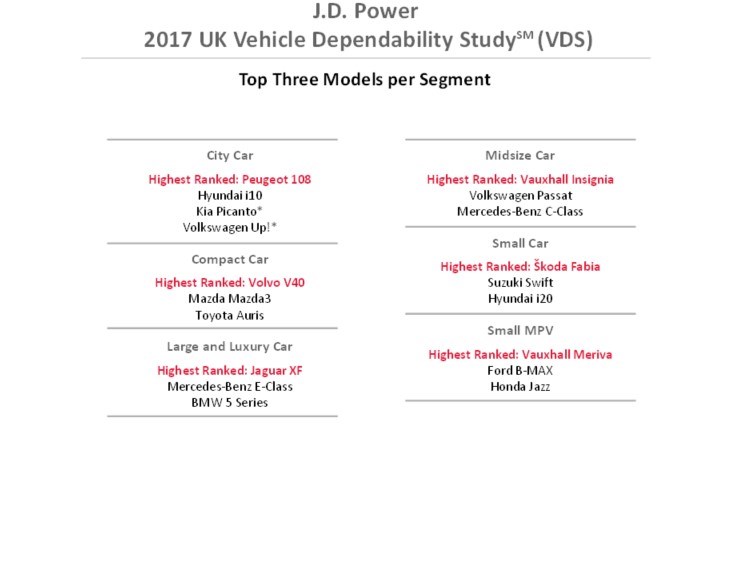 Following are some of the study’s key findings:

Owners most satisfied with vehicle exterior:

While the most frequently reported problems are in the exterior category (20.6 PP100), premium and volume owners show high satisfaction with their vehicle’s exterior.

Nearly one-third (31%) of owners indicate that exterior styling was a key reason for the purchase of their vehicle. Satisfaction with exterior among premium owners is 805 points on a 1,000-point scale, compared with 759 among volume owners.

Among the reasons for purchasing, more owners cite fuel efficiency (50%) than any other reason, making this an important area for automakers to fulfill.

Satisfaction with fuel economy is relatively low among owners of premium and volume vehicles alike.

Further, it is the category of lowest satisfaction among premium customers (742).

Technology problems continue to be common for owners after three years.

Bluetooth phone/device frequent pairing/connectivity issues (3.0 PP100) and voice recognition not recognizing commands (2.2 PP100) are both among the six most common problems in the UK.