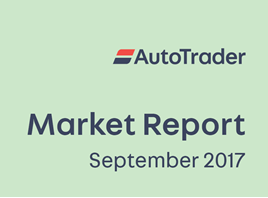 Compiled from the opinions of 13,000 motorists, as well as data from Auto Trader, its latest market report reveals that average used diesel car prices are in increasing rather than falling.

The average price for a used diesel car rose by 6% year-on-year in August, showing an underlying like-for-like price increase of 2%, which had doubled from July.

Auto Trader’s market report reveals that despite experiencing a steady decline, which can be attributed to the negative coverage surrounding diesel engines, consumers still search for diesel than any other fuel type (55%).

The insight mirrors the transactional data of the used car market, where diesels remain popular, with nearly 1.7m bought in first half of 2017; an increase of 4%.

The sustained desirability for diesel cars amongst consumers was also evident with car sellers.

Of 10,000 motorists that were surveyed whilst advertising their car for sale on Auto Trader during July and August, 47% of diesel owners said they were planning to buy another diesel engine for their next car, and only 10% said that the recent debate on diesel had influenced their decision to sell.

Studying over 60,000 vehicles advertised for private sale on Auto Trader during August, the proportion of private diesel adverts rose by only 0.3% year-on-year, suggesting that "there is no significant increase in motorists selling their diesel cars and that motorists are generally unmoved by the diesel debate or the Government’s 2040 announcement".

However, the report does highlight one key impact that the diesel debate has had on consumer behaviour, and that is increased confusion and anxiety on what these reported developments mean for motorists and the cars they own.

Almost half of car buyers (49%) said that the news on fuel types over the last year had made the car buying process more challenging, and as a result, 35% admit they simply aren’t aware of the current pros and cons that the varied fuel types have to offer.

Auto Trader’s chief operations officer Nathan Coe said: “As we can see the current fuel debate is only serving to confuse car buyers, and dealers must play a role alongside manufacturers in educating and helping them in their car buying journey.

“They can help by informing consumers of the facts, clarifying the differences between modern Euro 6 vehicles with older diesels, explaining scrappage schemes, and helping alleviate EV anxieties.

“This will not only help consumers make a purchase that is right for them, but will be a vital contribution in achieving clean air ambitions, as well as supporting a healthy new and used car market.”

Upfront cost and infrastructure were two of the biggest concerns for motorists surveyed, with 49% and 48% agreeing they wouldn’t buy and electric vehicle due to these reasons respectively.

Yet despite this, motorists do show signs of environmental concern, with 74% claiming that the pollution caused by cars on UK roads is worrying and 48% agreeing that they are more concerned about car pollution now than they were 12 months ago.

The report suggests this concern is not leading to action due to the emphasis of the current fuel debate as well as a lack of focus, clarity and investment needed to overcome the four key barriers to electric vehicles for consumers, which are: upfront cost, infrastructure, reliability and a lack of understanding.

Coe said: “This is another example of just how fast the automotive industry is evolving, and it’s essential dealers adapt their businesses accordingly.

“Whilst 2040 is a long way off, manufacturers have made their level of commitment to electric vehicles clear. This was further reflected in the number of EVs on display at the Frankfurt Motor Show - a strong indication of the direction the industry is heading.

“As with other aspects of the retail sector, today’s most successful dealers are those that embrace change early.

"In the coming years, those dealers that offer a range of EV, employ trained EV technicians, as well as contribute to the national charging infrastructure, will have a clear advantage in what is already a competitive marketplace.

"Don’t leave your EV strategy too late or risk being left behind.”