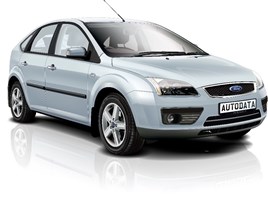 For the third consecutive year, the Ford Focus was the most serviced car in the UK, Autodata reveals.

Considering that there are more than 1.5 million Ford Focuses on UK roads, it’s no surprise that it is currently the most popular model seen in UK garages.

Over 73% of all UK garages subscribe to Autodata’s online workshop application.

The top 10 lists are based on the number of service schedules accessed by Autodata’s UK subscribers.