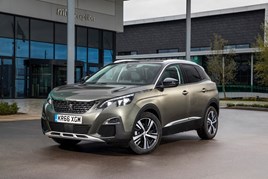 A surge in the popularity of SUVs has been credited for a 5.2% rise in registrations across Europe as the sector claimed almost one-third of all new car sales during November.

UK new car registrations posted the biggest decline of the 27 nations listed in the results published by Jato Dynamics – one of just four to post declines – as the region generated a total of 1,250,281 registrations during the month.

To date, Europe has seen an overall increase in registrations of 3.8%, with 14.43 million units registered over the period, and Jato highlights SUVs as the driver behind that growth.

Jato said that the SUV segment was bolstered by increased demand for small (B-SUV), compact (C-SUV) and midsize (D-SUV) SUVs in November, which increased volumes by 25.5%, 16.6% and 41% respectively.

Felipe Munoz, global automotive analyst at Jato Dynamics, said: "Looking ahead to the future, it is clear that manufacturers will increasingly see the SUV segment as a means of growth in a tough market, and as a consequence, SUVs will take market share away from more traditional segments.

“This has been caused by the discontinuation of vehicles such as the Citroen C3 Picasso, Opel/Vauxhall Meriva and Nissan Note, which couldn't compete with their B-SUV counterparts.”

Renault-Nissan was unable to take advantage of this increased demand for SUVs despite its dominant position in the segment, with a share of 19.8% of the SUV market.

The group’s SUV registrations only increasing by 2.4% for November, compared to an impressive 70.2% rise for PSA group, which benefitted from strong performance of its new Peugeot, Opel/Vauxhall and Citroen SUVs.

The Volkswagen Group kept its lead with 24.5% market share of the overall market, a decrease of 0.3ppts on last year.

The PSA Group came second after experiencing the third highest increase in volume for the month while the FCA Group fell due to falling registrations in Italy. 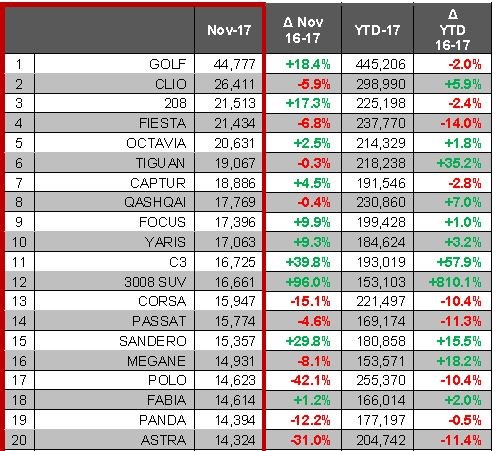