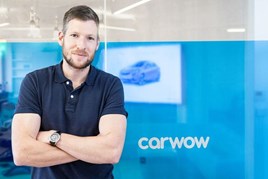 A surge in the launch of compact SUVs has seen UK car buyers flocking to get behind the wheel of a new model depsite declining registrations across the motor industry.

New models such as the Hyundai Kona, Kia Stonic, Seat Arona, VW T-Roc and Skoda Karoq have driven the trend among drivers in late 2017 and data from SMMT shows that, despite the contracting market, there has been a 17% increase in the share of sales of the compact SUV class since the start of the year.

The craze for compact cars with an elevated driving position even outstrips the growth of regular SUV sales, which have risen by 11%.

After analysing data from searches of its online marketplace, carwow found that the most popular newcomer was the Seat Ateca, with almost half (43%) of compact SUV sales in 2017 on the site.

These figures are set against an overall decline in their share of total sales of 3.5 % for non-SUV models and wider industry disruption from ‘dieselgate’ and the move towards an electric and driverless future.

Carwow’s head of trading, Alex Rose, said: “These models have not been a response to dieselgate, they’ve been in the planning long before that, but the compact SUV has tapped into a real trend for what people want to drive.

“Being smaller than traditional SUVs, it's natural that they are more likely to be specified with petrol engines than their larger SUV siblings

“The SUV/crossover sector overall is holding up better than the rest of the market, but it’s this raft of new launches in the compact category that have sparked real enthusiasm.

"They might have strange names, but it’s how they drive that’s crucial.

“With so much uncertainty about what the future of motoring is going to look like, it’s clear that for now, drivers want the style and performance of these ‘big yet small’ models.”