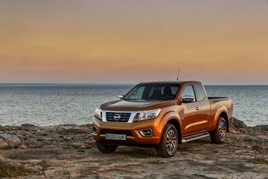 The SMMT has urged fleets to renew their LCVs in a bid to reduce emissions after the sector experienced a 3.6% decline in registrations during 2017.

Although demand for pick-ups continued to grow - by 7.8% - the market suffered its first decline in registrations since 2012 last year, with 362,149 vehicles changing hands.

December van registrations up 2.9% to 28,016 vehicles helped the market achieve its third highest level in a decade, however. 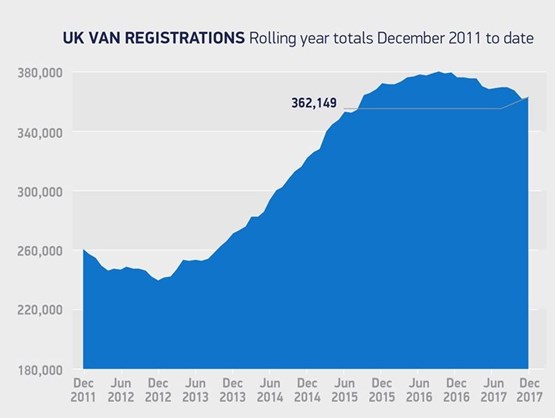 Mike Hawes, SMMT chief executive, said, “While the market has slowed in 2017, this was in line with expectations and demand remains at a high level.

“In fact, LCV registrations have increased 62.5% since 2010. For 2018, however, we expect the economic and political uncertainty to continue to affect the market so government must rebuild business confidence and encourage operators to invest in new vehicles given fleet renewal is fastest way to reduce overall emissions.”

The markets for vans under two tonnes and heavy vans weighing 2.5 to 3.5 tonnes drove the overall annual registrations decline in 2017, falling 20.3% and 3.1% respectively.

However, demand for pick-ups and smaller vans weighing two to 2.5 tonnes saw uplifts of 7.8% and 2.3% respectively, compared with 2016, the SMMT reported.

Pick-ups were particularly popular, with demand rising 6.0% in the month, while registrations of larger vans weighing 2.5 to 3.5 tonnes grew 7.5%.

Demand for car-derived vans weighing under two tonnes and smaller vans weighing two to 2.5 tonnes fell by 20.4% and 5.7% respectively. 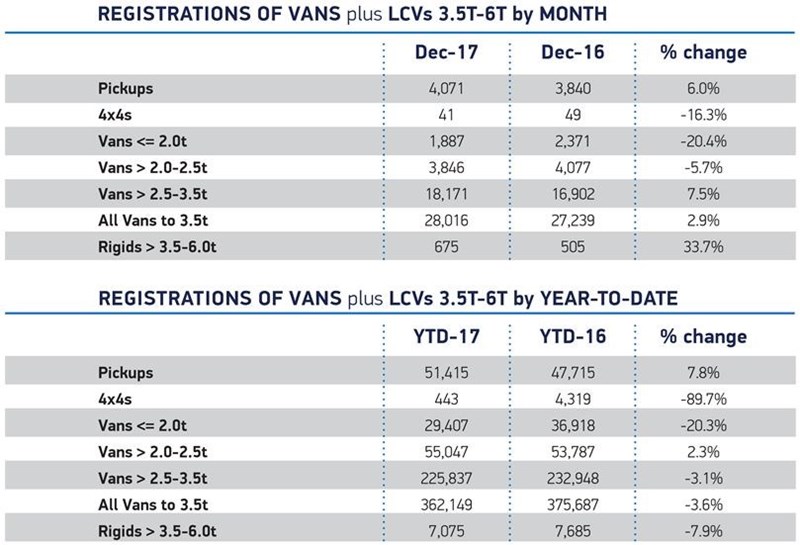