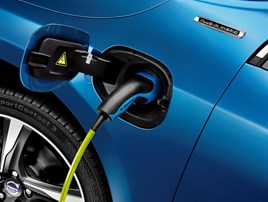 Current registration trends suggest the UK is on course to meet its target of three in five new cars sold being electric by 2030, as set out by the Committee for Climate Change.

Forecasts by Chargemaster suggest that nearly a quarter of new cars will be electric by 2025, with plug-in cars making up around 50% of new registrations by 2027 and 60% by 2030.

The Government has an ambition that all new cars sold by 2040 will have zero emissions capability, either as fully electric or plug-in hybrid.

Chargemaster, the UK’s largest provider of electric vehicle charging infrastructure, has already predicted that there will be one million electric cars in the UK by the end of 2022, accounting for around 10% of all new registrations. Therefore it plans to double the number of charging points in its network this year.

David Martell, Chargemaster’s chief executive, said: “The key driver of the electric car market over the next five years will be consumer choice, with more than 30 new electric cars coming to market by 2020.

“Within the next year we will see models including the new Nissan Leaf, Jaguar I-Pace, Mini Electric, Ford Transit plug-in hybrid and Tesla Model 3 in the UK.”

Motorists in West Midlands buy most electric cars in UK

Motorists in West Midlands buy most electric cars in UK