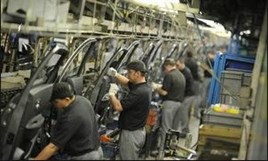 Pressure on the Government to ensure a “frictionless” trade deal with the European Union post-Brexit has increased as new figures released today reveal a worrying decline in British car manufacturing output.

Production for all markets fell 4.4% in February, while car manufacturing for the UK fell by 17%, the seventh consecutive month of decline.

Mike Hawes, chief executive of the Society of Motor Manufacturers and Trader that released the figures, said: “Another month of double digit decline in production for the UK is of considerable concern, but we hope that the degree of certainty provided by last week’s Brexit transition agreement will help stimulate business and consumer confidence over the coming months.

“These figures also highlight the scale of our sector’s dependency on exports, so a final deal that keeps our frictionless trade links with our biggest market, the EU, after December 2020 is now a pressing priority.”

February production for the UK fell to 28,336 units. Exports also declined, but by a less substantial -0.8%, with 117,139 vehicles shipped overseas, accounting for more than 80% of output.

Yesterday it was revealed UK production output will fall this year to around 1.729 million before climbing to 1.8m by 2030.

Hawes said: “The next major hurdle will be securing a new, comprehensive trade agreement with the EU and our partners across the world.

“In the meantime, government must help make the UK as competitive as possible.”

With some 169,000 people employed directly in manufacturing and 814,000 across the wider automotive industry, it accounts for 13% of total UK export of goods and invests £2.75 bn each year in automotive research and development.

More than 30 manufacturers build in excess of 70 models  in the UK, supported by 2,500 component providers. 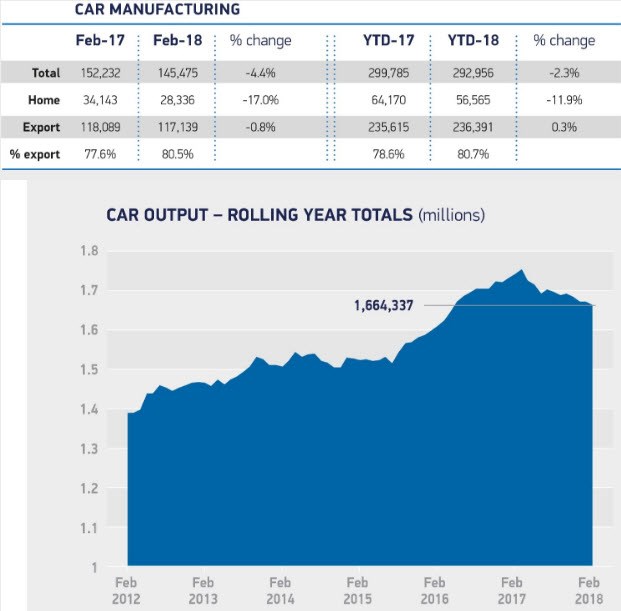