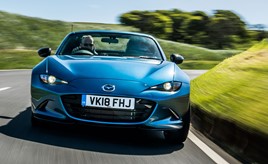 April’s new car sales were up by 10.4% year-on-year after the slump in April 2017 caused by customers desperate to beat a looming rise in VED.

And even despite the apparent uplift, the market remained behind 2016, when new car sales in April totalled 189,505 units, and there had been 961,285 sales since the start of the year. 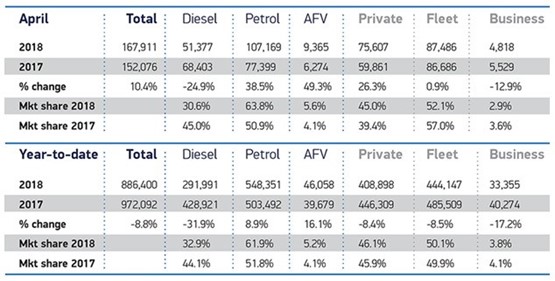 In April 2018 demand for petrol cars grew, up 38.5%, while diesel registrations continued the recent trend, declining -24.9%.

Registrations of plug-in and hybrid electric cars continued to rise, up 49.3%, thanks to manufacturer investment in a growing choice of models, but these alternatively fuelled vehicles still account for just 5.6% of the market.

Mike Hawes, SMMT chief executive, said, “It’s important not to look at one month in isolation and, given the major disruption to last April’s market caused by sweeping VED changes, this increase is not unexpected.

“While the continuing growth in demand for plug-in and hybrid cars is positive news, the market share of these vehicles remains low and will do little to offset damaging declines elsewhere.

“Consumers need certainty about future policies towards different fuel types, including diesel, and a compelling package of incentives to deliver long-term confidence in the newest technologies.”

Sue Robinson, director of the National Franchised Dealers Association, said it expects the market to continue to recover gradually and meet initial predictions by the end of the year.

"It is encouraging to see that sales of alternative fuel vehicles grew again; however, our evidence suggests that many consumers remain undecided as to the next type of fuel they will purchase. Industry and government must work together to ensure that motorists receive clear guidance and information on diesel and other fuels," she added. 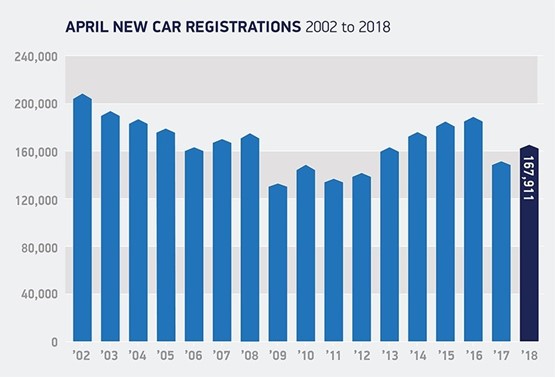