Electric and hybrid sales boom in most polluted areas 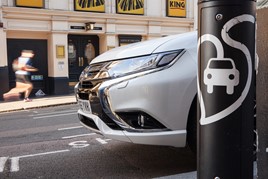 Uptake of alternatively-fuelled vehicles is booming in areas with the worst pollution.

Data from carwow shows that in the worst cities identified by the Government for high air pollution, electric and hybrid vehicles are becoming increasingly popular.

In Southampton, Birmingham and Leeds, alternatively-fuelled cars are sharply on the rise, making up 38% of carwow sales of electric and hybrid models over the past three months.

These regions are only behind London (21% of carwow electric/hybrid sales over the past three months) and the South West (18%).

In contrast, drivers in Wales and the North East of England only account for 4% each of carwow electric/hybrid sales in the past three months.

Despite the increase, alternatively-fuelled cars only account for 5.6% of total new car registrations.

In a survey of 2000 motorists, 34% of drivers admit they are likely to consider an electric or hybrid model within the next three years. However, it is not just in their choice of vehicle that drivers are setting an example for a cleaner future.

Some are already taking small steps to reduce their footprint, such as switching off their engines while stopped (27%), sticking to speeds limits (57%) and sharing journeys such as the daily commute with friends and colleagues (10%).

However, they feel responsible for solving a problem they haven’t caused, with 87% believing that the Government and their local council should put in more measures to restrict larger polluting vehicles like buses and lorries and invest more into improving public transport.

Alex Rose, trading director at carwow, said: “Where areas are so poorly equipped to go green it’s little wonder pollution limits are not being met. With a majority of people in these areas expressing a clear desire to care for the environment, it’s time the government stepped up to facilitate this.

“It’s clear that people who live and work in these densely populated and often heavily polluted areas care about improving their neighbourhoods. Local authorities are being forced to consider some measures by the government to improve air quality, but it’s clear that people are acting off their own backs too. Drivers are already evaluating their vehicle choice and indeed usage, by considering journeys more carefully, not leaving engines idling and driving in the most environmentally aware means possible.”