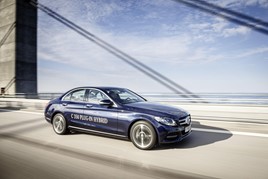 A study of hybrid cars compiled by automotive consumer website Honest John has claimed that 98% of models are incapable of matching their advertised fuel economy claims.

Findings based on 148,000 Real MPG UK fuel reports - which sees motorists submit how many miles their cars actually do to the gallon – revealed that some plug-in models (PHEVs) short-change drivers by as much as 80mpg, with Mercedes-Benz, BMW and Volkswagen among the worst performers.

Honest John said that just one-in-39 cars delivering their advertised MPG, according to the consumer data.

Honest John’s managing editor, Daniel Powell, said: “While these models are advertised with lofty MPG figures that will appeal to cost-conscious drivers, our research shows that on-the-road economy is somewhat different.

“Given that car buyers are being urged to replace their petrol and diesel cars with new low emission hybrids, we think more needs to be done to ensure drivers get a fair deal when it comes to Real MPG.”

The Mercedes-Benz C-Class C350e is the UK’s worst performing hybrid when it comes to fuel economy, according to Honest John’s data, achieving just 36.9% of its official fuel economy, while the BMW 3 Series 330e and Volkswagen Golf GTE are the second and third worst with a respective 37.2% and 38.1% per cent.

Honest John found that a typical hybrid car in the UK will return on average 70% of its advertised MPG.

The gap between advertised and on-the-road MPG is made all the more profound by the fact that fuel prices have risen every single day since the end of March, adding more than 8p to a litre of fuel.

Changes to the way fuel economy and emissions are tested are likely to deliver more accurate results for consumers from September.

The Worldwide Harmonised Light Vehicles Test Procedure (WLTP) is set to replace the NEDC (New European Driving Cycle) and promises to deliver a test which is more reflective of real world driving conditions.