A third of UK car buyers don’t shop around when looking for a new car, says Hyundai

Hyundai Motor UK has found that over a third of Brits don’t shop around before buying a new car, opting for the first car that they go to see.

Add in those people that only went to see one other car, and the figure rises to more than half.

The research of 2,000 UK drivers enforces the trend towards better informed customers making the most of online car research and buying tools.

But even though people are viewing fewer cars before making their choice, many will still bring someone with them to help look over their new potential purchase.

Men are more confident than women, though, with only 40% taking someone along, compared with more than 71% of women.

In both cases, it’ll most likely be their partner, with dads coming in at second most popular.

And who has the final say? 66% of men claim they made the final decision on buying a car, compared with 55% of women.

From drivers surveyed, over 71% said that price was the most important factor in their buying decision - with the average cost of their current vehicle at £11,313, compared with £1,596 that they typically paid for their first car.

Although regionally, it seems that those in the North East are most concerned about price while Londoners are the least concerned.

Reliability was a close second with type of fuel, comfort, make of the car and economy all featuring in the top 10 things that Brits feel are important.

Amongst the biggest gripes Brits have about their cars are how slowly it accelerates, how much it costs to fill up and how many scratches and dents it has.

Even though four-in-10 drivers have bought a car and regretted doing so later, on the whole, the nation is largely content.

Over half said that absolutely nothing annoys them about their cars and the thing they love the most is how reliable it is.

Owners tend to keep their car for five years and eight months on average before getting a new one.

Despite this, there were certain features that motorists said that they would want on their next car; air conditioning came top trumps with 42% saying it was a must, followed by parking sensors, electric windows and Sat-nav in fourth place.

Tony Whitehorn, Hyundai Motor UK president and chief executive, said: “Clearly today’s car-buyers are better informed than ever, and they’re making very concrete decisions on which car they want before even going to see it.

Top 20  features customers want on their next car 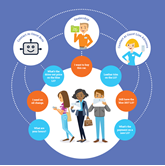