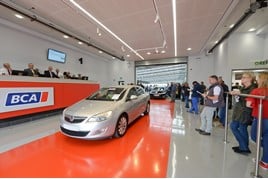 BCA has reported that demand from buyers continued to keep prices firm during May, with average values at near record levels.

Fleet and lease values reduced marginally from last month’s record level to £10,963, still the third highest point on record, while dealer part-exchange values remained at a record high of £5,000 for the second month running.

Values increased for nearly-new vehicles, although model mix has a significant influence in this low volume sector.

BCA’s chief operating officer UK remarketing Stuart Pearson said: “Professional buyers have continued to compete strongly for good quality used car stock, a pattern that reflects the high levels of retail demand that dealers have been reporting throughout this year.

"The seasonal dip that is often felt at this time of year hasn’t been so significant and the strong demand has driven conversion rates, meaning stock is churning quickly which is good for buyers and sellers alike.” 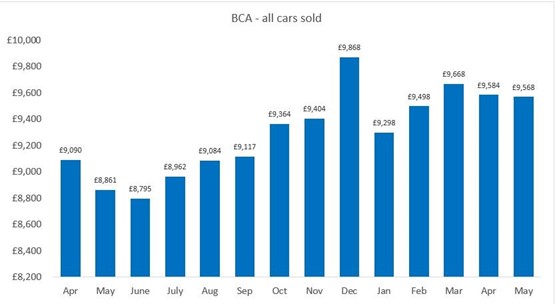 Retained value against original MRP (Manufacturers Retail Price) fell by half a percentage point to 43.54%.  Year-on-year values were up by £517 (4.9%), with age rising and mileage declining, although both by small margins. 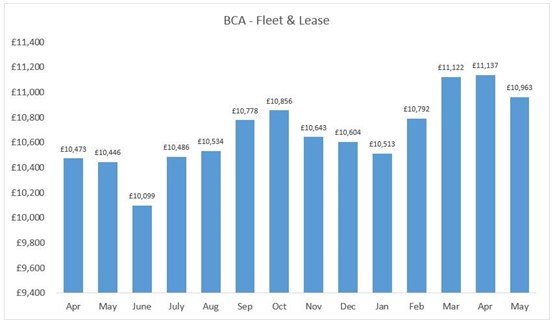 Average dealer part-exchange values remained at a record level, staying at £5,000 for the second month running.  Year-on-year values were ahead by £342, representing a substantial 7.3% increase over the 12-month period with age and mileage falling slightly. 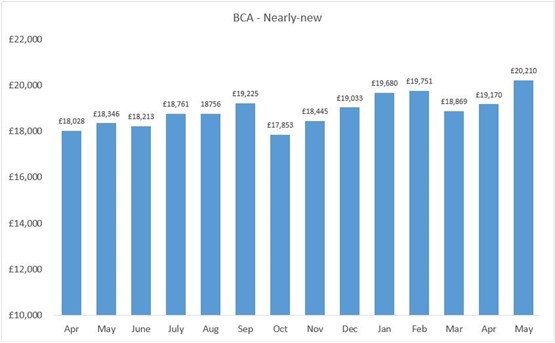 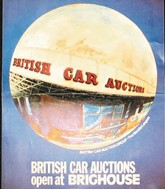