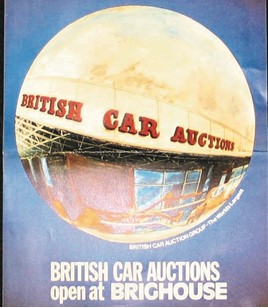 BCA Brighouse is set to mark its 45th anniversary with a special week of used car sales in June.

The centre, which first opened its doors in 1973, will offer over 2,000 vehicles during the anniversary sales week, which gets underway on Monday June 25.

Among the sources of used car stock to be sold at the event are Inchcape, JCT600, Lookers, Bristol Street Motors, Pendragon, LSH, The Car People, BCA in association with Lex Autolease and UKCGR.

BCA said that there will also be special sales for Volkswagen Financial Services and BMW Group and an incremental afternoon sale on behalf of UKCGR Premium and BCA Outsource on Wednesday, June 27.

“We have set the bar high with sales staged every day and a target of more than 2,000 cars to be offered and we are sure we will get a lot of support from our buyers over the week.

“We are delighted to have reached this notable business landmark at BCA Brighouse, and are already looking forward to the 50th anniversary in 2023.”

BCA Brighouse is located just off Junction 25 of the M62.