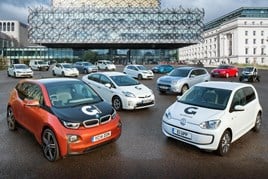 Dealers will be selling more electric cars than diesels by 2020, according to analysis by Leasing Options.

The prediction is based on analysis of trends in SMMT sales data, which suggest that electric car sales will surpass those of diesel by July 2020 if sales patterns continue at the current rate.

Sales of diesel cars have continuously slumped, dropping 37.2% since last year with some manufacturers already phasing them out.

Meanwhile, the Government is introducing policies to support the growth of the Alternative Fuel Vehicles (AFV’s) market and sales of electric cars increased by 5.7% last year.

More than half of those surveyed (56%) stated that they are less likely to buy a diesel car today compared to five years ago, with nearly half (47%) saying they believe diesel cars are a danger to the environment.

One of the top reasons people stated for their interest in electric cars was that they felt it would help the environment (48%).

Half (50%) stated that if cost and convenience were the same, they would prefer to drive an electric car over a petrol or diesel and 54% would purchase an electric car if it became the norm.

However, the poll revealed that there’s still a lot of hesitancy when it comes buying electric cars as more than half (53%) confess that they don’t know enough about them to buy one.

A further 63% admit that they feel that the cars are out of their price bracket and 74% say they are concerned they won’t be able to find charging points.