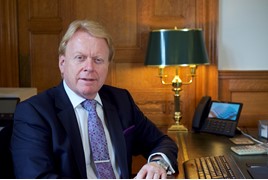 A lack of understanding of the career opportunities offered by automotive apprenticeships and young people’s ability to learn on the job is leading to a lack of parental encouragement, the IMI has found.

An annual study conducted by the Institute of the Motor Industry into attitudes around apprenticeships in the sector found that only just over a third (36%) of parents would encourage their child to do an apprenticeship, while more than 1-in-10 think vocational training is the preserve of those who are “not as clever” as their academic counterparts.

The IMI said that the misconceptions have shown signs of worsening, with just 7% of parents believing that those who did apprenticeships were not as clever when surveyed in 2014.

Worse still, 8% of parents surveyed in 2018 said that they would be embarrassed to tell people that their child worked in the motor trade.

Steve Nash, chief executive at the IMI, said that there were a number of hurdles for the sector to overcome, not least the issue of poor career advice being delivered in schools and colleges. He said: “Careers advice in schools is worryingly inconsistent and, in many cases, far from effective, yet that is only part of the challenge.

“We mustn’t underestimate the importance of ensuring parents are equipped to provide knowledgeable and accurate careers guidance to their children because they are still the greatest influencers on the choices their children make.”

The IMI’s survey found that parents were advising their children on their future career path on the basis that just 5% of those surveyed were aware that you could earn money while you study – a sharp drop compared to 20% in 2014.

However, there are signs that parents could be receptive to an automotive apprenticeship ofr their child with the right advice.

A total of 36% of parents said that they felt it was more important to learn a trade/skill than it is to learn a subject, compared to 27% in 2014.

Nash said: “The excellent opportunities offered by the automotive industry are still very largely misunderstood by anyone who doesn’t have direct experience or personal contacts within the business.

“Most parents still don’t fully appreciate what a high-tech sector automotive is, or the range of existing and emerging opportunities open to those coming into a sector which is undergoing some of the most profound changes it will have been through for 100 years.”

He added: "The IMI continues to help businesses and training providers to engage with young people to raise the profile of vocational training in the automotive sector.

“The motor industry provides young people with long-term careers that can be filled with exciting job roles – plus the option to continuously learn new skills that enable them to progress up the career ladder.

“IMI Autocity has been developed to assist and support businesses, parents and teachers by supplying them with information to help young people make informed choices."

Earlier this year the National Franchised Dealers Association launched the member-funded Drive My Career platform in a bid to attract school and college leavers to the automotive sector.

The NFDA worked closely with existing online apprenticeship and traineeship search provider Get My First Job, allowing it to tap into a database of potentially interested young people and target the potential workforce of the future at appropriate career junctures.

NFDA director Sue Robinson said: “There are so many specialisms needed by the industry now and we need to communicate that to young people in an appropriate way and at an appropriate time. We’re confident that Drive My Career will do that for us and our members.” 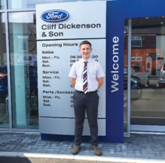