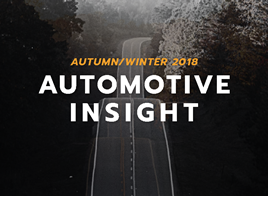 Investment in a hub and spoke car retail model will help to ensure that franchised dealers “thrive and have many years of longevity”, according to a new sector report published by Colliers International.

The commercial property specialist’s Autumn/Winter 2018 Automotive Insight report acknowledges the move made by manufacturers such as BMW/Mini, Mercedes-Benz and the recently announced Volkswagen network strategy as key in the battle to retain car buyers’ attention amid a growth in online alternatives.

It said infrastructure investment would be “paramount to dealers’ success”, adding: “We have already started to see the future landscape emerging, with the new state of the art bespoke ‘hub and spoke’ dealerships.

“Examples of this can be seen at the BMW/MINI dealership in Cheltenham, operated by Cotswold, and the new LSH Mercedes-Benz development in Stockport.

“These bespoke flagship operations will ensure dealerships stay relevant within the changing landscape.”

The report said: “While it is clear that there will be fewer dealerships moving forward, we believe that the dealership, especially in the ‘hub and spoke’ format, will thrive and have many years of longevity.”

Colliers’ report said that the recent raft of CVAs and administrations among high street retailers need not be mirrored by the automotive sector’s retail networks.

It stated that retailers will have to evolve remain relevant, learning how to utilise technology to drive sales and profits, but referenced a Close Brothers Motor Finance survey which found that 79% of consumers bought their last vehicle at a dealership, in comparison to just 2% of consumers who purchased a vehicle online.

The survey said that the “comfort factor” of a dealership still counts for a great deal, adding: “The continuing popularity of dealerships is grounded in the positive experience that customers receive, including detailed product knowledge, ‘special pricing deals’ and ‘extras’ that staff are able to add on.”

But it also highlighted very practical manufacturing considerations in seeking to establish the improved affordability of AFVs in future.

It stated that there were issues “way beyond government control” that might stem the growth of electric vehicle usage.

Colliers said: “The current range of lithium-ion batteries used in electric vehicles rely on cobalt and nickel as key components. Supplies are limited, as it is expensive to extract and much of it is found in the less accessible (and less stable) parts of the world, e.g. the Democratic Republic of the Congo, which supplied 56% of the world’s mined cobalt in 2015.”

The report noted that demand for Cobalt had sent prices rocketing from $22-per kilogram to $81 per kilogram in the last two years.

It dais: “If nothing changes, demand will outstrip supply – cobalt by 2030 and nickel by 2037. While millions of dollars are being invested, several technological breakthroughs are necessary to secure the future of affordable battery-powered transport.”