Londoners won't give up their cars despite environmental concerns 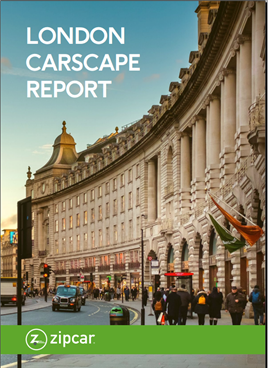 Most Londoners have admitted they would find it hard to give up their cars, even though they are worried about congestion and pollution.

And while diesel car sales are in decline, a significant proportion of younger buyers are still planning to buy one over a hybrid or electric car.

-  However, 84% of respondents said they are concerned about the city’s high levels of air pollution and congestion, and over half (52%) of car owners finding driving in London stressful and frustrating due to high congestion levels

- 18% of London cars owners plan to buy a diesel versus the 30% that currently own a diesel car.

But there is evidence attitudes to car ownership in London are slowly but surely changing, especially among younger Londoners:

-  20,000 electric trips have been taken in the few months since Zipcar UK launched its electric fleet in London in July 2018.

"In the same way that ‘Generation Rent’ millennials are facing up to the fact that home ownership is no longer a given, car ownership is facing a similar challenge."  Prof Frank Kelly

Survey findings: Currently own a car by age and fuel type

Survey findings: Those planning to buy another car by age and fuel type

Professor Frank Kelly, professor of environmental health at King’s College London, said the results were not surprising: “Like home ownership, car ownership has been a staple of everyday British life for many years and something people still aspire to.

“But attitudes need to change, and in the same way that ‘Generation Rent’ millennials are facing up to the fact that home ownership is no longer a given, car ownership is facing a similar challenge.

“Hopefully we’ll see a significant shift in attitudes in the coming years.”

Jonathan Hampson, Zipcar UK general manager, said: “Despite all the progress in recent years there remains a deep-rooted attachment to the car, which means that change in shifting attitudes is a real challenge. That’s why we need strong action by companies like ours, as well as by the Greater London Authority and Transport for London, if we are to make positive, tangible changes to our city and environment.

“The Mayor has set out bold plans in his Transport Strategy to reduce car reliance and change attitudes; plans which we find encouraging and fully support, but we are also calling for more radical and immediate action. We want to work with City Hall, the councils, partners and Londoners to help continue existing momentum and help changes happen now.”

What Londoners want to see, as part of a greener London:

-  Car free zones next to schools

-  More cycling and walking with improved cycle highways and access to

·  77% of London car owners find it difficult to park outside or near their home. Parking is given by 46% as the number one disadvantage to owning a car in London

·  Nearly a quarter (22%) would be willing to pay £1,000 or more every year to have a parking space outside their home

·  More than half of respondents (52%) say that using travel apps has helped them drive more efficiently, demonstrating a role for technology in shaping a greener London

Zipcar’s ‘London Carscape Report’ saw more than 2,000 Londoners, a mix of car and non-car owners, surveyed on a range of topics including usage, parking and EV.