Jobs within franchised car dealerships emerged as the UK automotive sector’s most lucrative in an average salary survey conducted by InAutomotive.

The online recruitment specialist showed that franchised showrooms should be the first port of call for those wanting to improve their earnings opportunity, with an average annual salary of over £51,900 almost £20,000 greater than the sector average. 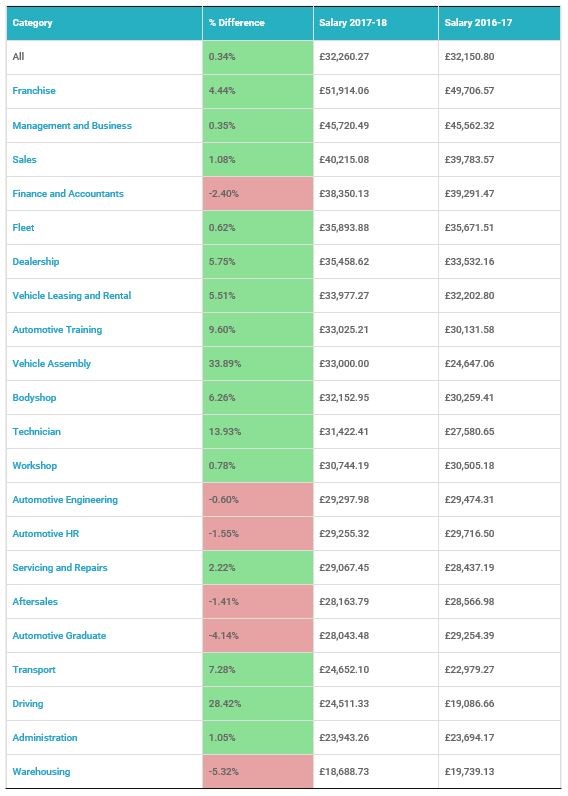 Salary increases reflected by the adverts posted via InAutomotive suggested that the sector has seen a 4.44% rise in annual wages, on average, compared to 0.34% industry-wide growth.

This could reflect a push towards growth through aftersales, with many franchised car retail groups targeting growth through their workshop activities and used car sales amid a faltering used car market.

Well publicised shortages of vehicle technicians are driving staffing costs up, however, and this area of the franchised dealership saw salaries rise by 13.93% during the period, according to InAutomotive.

Automotive graduates were among the worst losers in terms of advertised salaries in 2018, with a decline of 4.14% on average.

This shift could be attributed to constraints on franchised retailers investments in new staff to other parts of the business at a time when the need to draw-back funds from the Government’s Apprenticeship Levy has seen many recruiting apprentices and developing internal staff themselves.

Training roles have generated a 9.6% average salary increase which reflects this increased demand for those working in staff development.