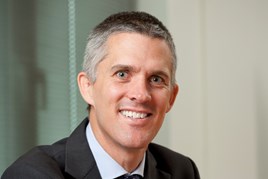 BDO is urging car dealers to submit their payroll details for its annual Motor Salary Survey as it aims to help businesses fine-tune levels of remuneration across 27 industry job roles.

The accountancy and business advisory firm has already started taking submissions for retailers and retail groups and has asked any business wanting to be eligible for a full copy of the report to follow suit by August 24.

Businesses which meet the deadline can expect to receive their full version of the eighth annual Motor Salary Survey in September.

A statement issued by BDO said: “Each year (staff remuneration) accounts for approximately 50% of the gross profit and being in an industry which has tight margins means that ensuring you are remunerating the best people is key.

“Our view is that better results are achieved where you follow the principle of paying fewer good people more money, and we are often asked ‘what is the market rate of remuneration for a particular position’.

“For most businesses, and certainly dealerships, strong leaders are the difference between success and failure and remuneration is a fundamental ingredient in attracting and retaining the key people in your dealership.”

Car retail business can submit their payroll data to BDO in one of two ways:

By inputting their employee data from your payroll system into an excel file provided by BDO and emailing this directly.
By forwarding a copy of their annual March 31, 2018, payroll to allow BDO to complete their data spreadsheet on the business’ behalf.

In 2017 the BDO Motor Salary Survey Car showed that dealership earnings fell by 1.43% to £34,000 as employees’ commission-based income remained 30% of their earnings.

The decline reflected a stagnation in new car registration figures following a 9% increase in average salaries in 2016 across the 27 job roles surveyed by the team at BDO.

BDO Partner Steve Le Bas said that the slowdown had started to take hold on the earning ability of the sector. He said: “Our expectations for the coming year are for increases at a similar rate, if not less, as the industry slowdown and economic uncertainty continues.

“It will also be interesting to see further development of the anticipated shift towards higher basic pay and lower commission structures as groups try to innovate packages and recruit new individuals into the industry.”

The BDO Motor Salary Survey is now in its seventh year and includes data drawn from 150 legal entities that together operate 353 dealership sites.

Revealing its findings for 2017, it stated: “Base salaries are consistent with prior year in most cases and incentives have seen a moderate increase compared to prior year where incentives had rocketed.”

The service department experienced the biggest increases in earnings during 2017, followed by parts, according to the survey. BDO said: “As aftersales departments reap the rewards of the strong registration market together with the scarcity of staff resulting in increased pay to either retain good staff or attract good staff.”

BDO said that the number of employees currently paying into a pension scheme has steadied to 83% (2016: 82%),  which was “in-line with expectations” as the majority of the impact of the auto enrolment scheme being reflected last year.

Average remuneration of employees in businesses with turnover of less than £100m was less than that that of the larger businesses. However, BDO said that this result had been significantly distorted by the salaries of the key executives within these dealerships.

Excluding key executives from the data, the average salary in total has increased to approximately £39,000 (2016: £37,000) across all positions and business sizes.

With regards to staff turnover, the average length of service at a dealership continues to be approximately seven years, with key executives continuing to be at dealerships for in excess of ten years on average.

The average number of hours worked by an employee per week was consistent, being approximately 41 hours (2016: 42 hours).