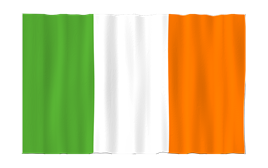 The Irish government has said it is ‘examining its options’ to block the import of any used vehicle diesels built before 2014 from the UK due to concerns over ‘public health’.

A spokesman for the Irish government told the Irish Independent the measures would also ensure tax returns from motoring are protected as used car imports generate a lower amount of tax revenue.

The Irish government is looking at its options in reaction to calls from Nissan Ireland to introduce a ban on older diesels.

James McCarthy, Nissan Ireland chief executive, said: "The government will never meet its target of reducing carbon emissions without introducing a ban on the importation of used cars from the UK, which do not meet the current Euro 6 emissions standard in place in Ireland."

Ireland imports around 100,000 used vehicles from the UK a year and around 70,000 of those are estimated to be diesels built before 2014.

The strong euro drove Irish motorists to increase spending on importing used cars from the UK by 59% in 2018.

The analysis of nearly 6,000 transactions, made through Fexco Corporate Payments, also found the number UK vehicles imported by individuals rose by 18% on 2017 levels, and that the average amount each buyer spent rose by a third.

The Euro’s strength against the Pound didn’t just encourage more Irish motorists to import a car directly from the UK, it also led many to order higher spec models.