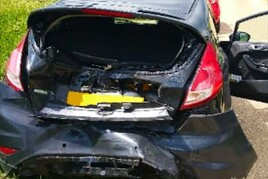 An investigation has revealed that 15,000 “write-offs” are returning to UK roads undetected each year due to an insurance loophole exposing the shortcomings of vehicle history checks.

Industry consumer title Autocar found that one-in-50 vehicle write-offs are being put back on the road with a clean vehicle history as a result of the voluntary status of the Motor Insurance Anti-Fraud Theft Register (MIAFTR).

Autocar found that insurance write-offs are going undetected because not all of the UK’s 200 insurers are signed up to the MIAFTR scheme.

And Reject My Car founder Ian Ferguson said that the issue of car dealers and consumers getting "caught out" is "huge and getting bigger".

Editor, Mark Tisshaw, said: “Used buyers are at risk of unknowingly buying a written-off vehicle because of this loophole in the industry.

“The Motor Insurance Bureau (MIB) has told us they are introducing new measures to improve the database, but for now buyers remain at risk of inadvertently buying second-hand cars with incorrect histories, as well as having to rely on multiple vehicle check agencies to get an accurate understanding of their potential purchase’s background.”

Back in 2019 AM reported that car retailers’ reputations were being harmed as a result of the write-off scandal, which had been the subject of an screened by BBC One’s Rip-Off Britain consumer watchdog at the time.

The show looked at two of the UK’s largest dealer groups – Pendragon and Arnold Clark – which offered for sale cars discovered to be insurance ‘write-offs’.

In a statement issued at the time Pendragon said customer safety was its absolute priority, stating that all the vehicles it retails are checked by vehicle manufacturer-trained technicians or independent AA engineers and are subject to full CAP HPI background checks.

It added that 28% of the vehicles it purchased in 2018 did not meet its standards for retail sale to consumers.

“None of the vehicles highlighted in this report were considered to be unsafe by the independent forensic expert and had the MIAFTR record been correct, our checks would have revealed that the vehicles did not meet our standards,” a spokesperson for the AM100 group said.

A statement from Arnold Clark Automobiles said: “We regularly review our processes and procedures throughout the business and this applies to the checking of vehicles that we are considering bringing into stock for retail sale.

“We also source vehicle history information from a third-party provider and, as a consequence of the BBC investigation, we have commenced discussions with them regarding the accuracy of the data which they provide.”

Vehicle history checker, Motorcheck, told Autocar’s most recent investigation that it estimates more than 2,000 advertised with a clean history at any given time in the UK have serious questions about their past life.

The MIAFTR sees roughly 700,000 claims per year added to its register, yet vehicles insured under third-party only, or those self-insured by their owners such as local councils or the police are not recorded in the database – posing a serious challenge for vehicle-check companies.

This week consumer legal expert Ian Ferguson told AM that his Reject My Car business had teamed-up with VCheck, the UK’s leading vehicle check service, in a bid to tackle the growing number of undisclosed write-offs being sold to unsuspecting consumers.

Last November VCheck called for dealers across the UK to support its call for a change to the law around write-off data.

The company is lobbying the industry and government to compel insurance companies to register write-offs with industry databases to protect both dealers and motorists.

VCheck founder and chief executive, Adrian Mierzwinski, said: “Every day cars are advertised for sale that have a serious hidden past.

“Badly-damaged cars, some destined to be broken for spares are being patched up and sold through dealers to consumers who then have a car worth a fraction of its original value, not to mention many are so poorly repaired they are dangerous.”

Ferguson said: “The number of cars we see every month that have a hidden past is growing.”

“These consumers often pay top prices for what turns out be nothing more than scrap.