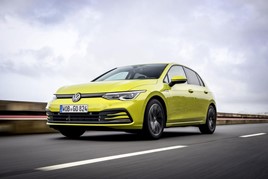 The Volkswagen Group’s rapid transition to electric vehicles (EV) has delivered its second-highest new car market share in Europe this decade, according to Jato Dynamics.

The manufacturing giant behind mainstream brands Audi, Cupra, Seat, Skoda and Volkswagen delivered a 28.14% market share across Europe in May, second only to April 2020’s 29.23% as rivals sales were harder hit by the onset of the pandemic in Europe.

Jato Dynamics market analyst said that the strong showing came despite the region’s automotive sector recovery from COVID-19 being “slower than many had hoped”.

“As with the diesel scandal in 2015, Volkswagen Group is again able to overcome the crisis and emerge stronger”, said analyst Felipe Munoz.

Across Europe, EVs posted a record 16% share of registrations in May while SUVs made up almost 44.6% of the total volume, up from 40.2% a year earlier.

Munoz said: “It has become clear that having the right offering across both of these segments will be crucial to the success of OEMs over the coming years.”

The Volkswagen Golf led Europe’s best-selling car rankings, while the Volkswagen T-Roc compact SUV was the most registered SUV.

Jato reported that the Tesla Model 3 had topped the EV sales rankings, however, as the Ford Kuga emerged as the most popular PHEV during the month following its earlier technical issues.

Other strong performers include the Fiat 500, which came third in the general rankings, the Peugeot 2008 which saw an increase in sales of 2% compared with May 2019, and the Ford Puma which took twelfth position.