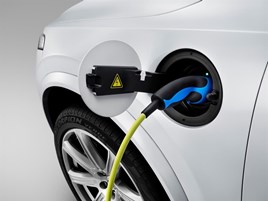 Nearly a third (29%) of electric vehicle (EV) buyers said they would be happy to pay vehicle excise duty (VED) road tax on their next purchase, research has found.

The research by What Car? showed that 56% of drivers believe fully EVs should pay road tax – including EV buyers – 29% of whom believe they should already attract tax bill.

What Car? said the Treasury will need to introduce new road tax policies as EV sales grow and the 2030 ban on the sale of new petrol and diesel cars approaches, as the current tailpipe-CO2 g/km framework is 'untenable' for zero emissions vehicles.

Steve Huntingford, editor at What Car?, said: “Fully electric cars currently enjoy a tax-free status to help incentivise uptake, but this will need to change in the coming years as petrol and diesel ownership declines.

“Our research has found buyers, including those intending to buy electric as their next car, are already open to the idea of paying road tax on an electric vehicle, with most keen to see a flat rate introduced across all makes and models.”

The British Vehicle Rental and Leasing Association (BVRLA) recently told MPs on the Government’s Transport Select Committee that the rise of EVs has presented a “clear need” for road pricing.

The research found, of the 44% of respondents who believe EVs should remain tax exempt, 40% want them taxed them by 2030, when the ban on the sale of new petrol and diesel vehicles arrives, while 10% want them taxed by 2025.

The most popular option for all in-market buyers surveyed is a flat annual tax on all electric cars that is equal across all makes, with 39% in favour, while 26% would like to see road charging, where users are charged per mile driven.

A progressive annual tax based on a vehicle’s list price was favoured by 18% of in-market buyers.

The research showed road charging would likely result in drivers reducing their mileage, with 38% stating if road charging replaced VED they would reduce their vehicle use.

The research also found 40% of respondents were in favour of taxing existing petrol and diesel vehicles more after 2030, when new models can no longer be sold, though 12% of those looking to purchase a petrol or diesel vehicle next supported the initiative.

Amanda Stretton partners with Lookers to raise awareness of EVs

Amanda Stretton partners with Lookers to raise awareness of EVs

Block Exemption, EVs and recruitment among key topics for NFDA at AM Live

Block Exemption, EVs and recruitment among key topics for NFDA at AM Live