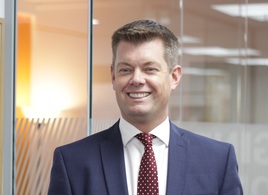 The COVID-19 pandemic, the rise of the agency retail model and vehicle supply shortages have convinced many car retail bosses that it is the “right time to exit” the business – triggering a three-fold rise in dealership sales.

That is the verdict of car retail consultancy MotorVise as it experiences the trend towards consolidation within the industry first-hand.

MotorVise said that its specialist brokerage service is currently working with 20 dealerships to bring them to market in the wake of the pandemic – a three-fold increase over the past 24 months.

Managing director Fraser Brown said: “I envisage many more dealerships will come to market over the next 18 months as the industry continues to negotiate a period of uncertainty.

“The challenges of the pandemic have prompted some business owners to conclude that it was the right time to exit, while others wished to get their money out to invest in other ventures.

“We have experienced a record three-fold increase in dealership sales since early 2020 as owners have reassessed the future and direction of their business.”

MotorVise’s experience in the sector reflect those of UHY.

Last week AM reported on the consultancy’s newly-published Automotive Outlook 2022 report, which concluded that the UK’s large car retail groups and PLCs would be joined by international investors and disruptors such as Cazoo and Constellation Automotive in what is likely be a record year for mergers and acquisitions.

Commenting on the potential for a further acceleration in M&A activity in 2022, UHY’s report stated: “We envisage deal numbers will reach the highest levels seen during the past decade."

MotorVise said that the majority of car retail businesses coming to market were single site or small group dealerships, which are largely being bought by their larger rivals who are in a stronger position due to higher profitability levels, greater economies of scale and improved funding access.

In the fast-changing market larger retail businesses are restructuring also, however, as demonstrated by Arnold Clark’s recent exit from the Toyota and Ford franchises.

Regardless of scale, Brown said that all retail business bosses should be looking to secure the best financial terms they can when selling their business. He said: “Unfortunately, people who have built up a business over many years can end up selling well below value.

“MotorVise recently worked with one dealership owner who was initially offered £200,000. In the end, we secured five times that sum.

“It may be that some owners simply want to dispose of their business quickly and accept the first offer, while others don’t always recognise the true value.”