Cinch, BCA and Webuyanycar owner Constellation Automotive has followed up its move to acquire Marshall Motor Holdings with the purchase of a 19.9% stake in fellow car retail PLC Lookers.

In a joint statement issued by Constellation and the top AM100 retail group via the London Stock Exchange this morning (January 31) it was revealed that a total of 78 million shares had been acquired in the move.

The statement said the majority of shares had been purchased at a price of 102 pence from Tony Bramall (and associates), who stepped down as a non-executive director from the Lookers board in December 2020 after a term of 14 years.

Constellation has already indicated its support for Lookers’ recently-outlined strategy and senior leadership structure, which underwent a restructure in 2020 that was recently completed with the appointment of Dominos Pizza and Dunelm director Ian Bull as chairman. 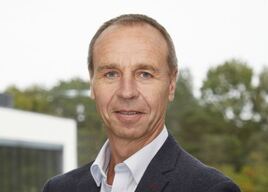 Commenting on Constellation’s acquisition of a near-20% stake in the car retail business today, Bull said: "We are delighted to welcome Constellation as a significant shareholder of the group.

“Their investment endorses the board's view that the group remains significantly undervalued.

“As outlined in our recent announcement, trading performance is strong, with an excellent new car order bank and the group has a clear strategic framework to deliver our aspiration to become 'The UK's leading integrated automotive retail and services group'.”

In a trading update issued by Lookers earlier this month chief executive Mark Raban revealed that the PLC expects to publish record annual profits after an “exceptional” 2021 trading performance.

The group revealed its expectations of a record underlying profit before tax ahead of the previous market consensus of £82m for 2021.

Speaking at the time, Raban said: “There are many structural changes which are creating opportunities in our market including evolving consumer behaviour, electrification, and changing relationships with our brand partners.

“The board and executive have been refreshed and we are well progressed with a major review both to improve our operational performance and to future proof our revenue streams through a number of strategic growth opportunities.

“We have outlined our main areas of focus in our update today and are excited about our ambition and aspiration to become the UK’s leading integrated automotive retail and services group.”

Constellation Automotive’s continued move to buy into the UK’s franchised car retail sector follows its initial launch as a retail operator with its re-launch of cinch as a rival to the likes of Cazoo and Carzam.

Following its October growth into Europe through the acquisition of CarNext, the business claimed to have reached “unmateched scale” in the region.