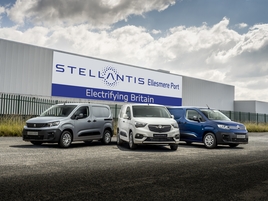 Sales of new light commercial vehicles in March were down 27.6% year-on-year as supplies of large and medium panel vans continue to be constrained.

Registrations of large vans, which represent more than two thirds of the new LCV market, totalled 29,230 units, down 18.9% or 6,802 units on March last year. 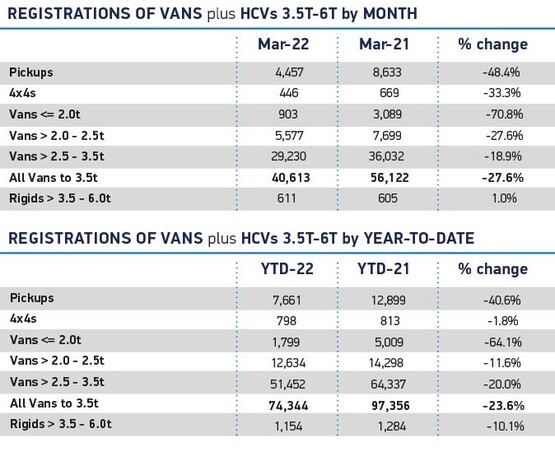 "The expansion of the Plug-in Van Grant will be a positive for the sector, but equally there needs to be a greater roll-out of suitable chargepoints to ensure fleet and self-employed van operators in all regions can make the transition.”

Diesel vans still dominate the market, with a 93.5% share, unlike in the car market where diesel sales have fallen from half of sales in 2015 to around one in 10 by the end of 2021.

But some van operators are switching to plug-in power. Compared with Q1 last year, electric van uptake increased by 68.9% to a market share of 5.8%, more than double a year ago but still some distance behind fully electric passenger cars.