650,000 households in London could give up private vehicles 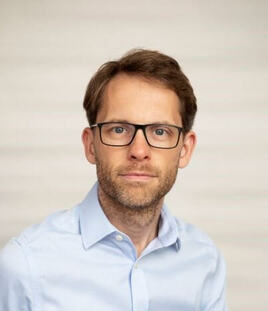 More than 650,000 households in London could give up their private vehicles and switch to car clubs, according to new analysis by Collaborative Mobility UK (CoMoUK).

The research found this would reduce carbon emissions by 82,000 tonnes a year, helping Mayor Sadiq Khan meet the targets set out in his transport strategy.

The charity’s new report, Driving London Forward, highlights that the city is home to 2.7 million private cars, which "does not fit" in line with the Mayor’s aims of ensuring 80% of journeys are made by sustainable modes by 2041.

Richard Dilks, chief executive of CoMoUK, said: “We have produced this report to define the future potential of car club services in London, and the huge impacts these would have are there for all to see.

“London has strong ambitions to cut its transport emissions but faces equally strong challenges in doing so.

“Our analysis found 650,000 households in London could give up a privately-owned car, with huge benefits for everyone in the city.

“As London emerges from the Covid-19 pandemic into a changed world, car clubs and other shared transport options should be a permanent and integrated part of the options the capital takes forward as it continues to make itself a more pleasant, productive and less polluted and congested global city.”

The UK must move away from “20th century thinking centred around private vehicle ownership” and towards shared mobility, Transport Minister Trudy Harrison MP has said.

An additional 21,000 car club vehicles would be needed to meet the demand, but there would be around 300,000 fewer privately owned cars on the roads, including 194,000 vehicles not compliant with the ultra low emission zone (ULEZ).

The Mayor of London has asked Transport for London (TfL) to launch a consultation on expanding the city’s ULEZ.

CoMoUK said car clubs are a vital component of the Mayor’s transport strategy to shift away from private car travel.

In a list of recommendations for 2022, the report said TfL should promote car clubs as part of a package of alternatives to the private car.

It also wants TfL to co-establish with London councils and boroughs the basis of an electric vehicle (EV) charging infrastructure that suits the needs of car clubs and gives them preferential access.

The Government has outlined how it will spend £1.6 billion to deliver a network of 300,000 EV chargers by 2030, representing a tenfold increase in the current number of publicly available points.

It said London councils should co-ordinate with car sharing operators on centralised data collection for the city, replacing the existing data sharing between car clubs and boroughs.