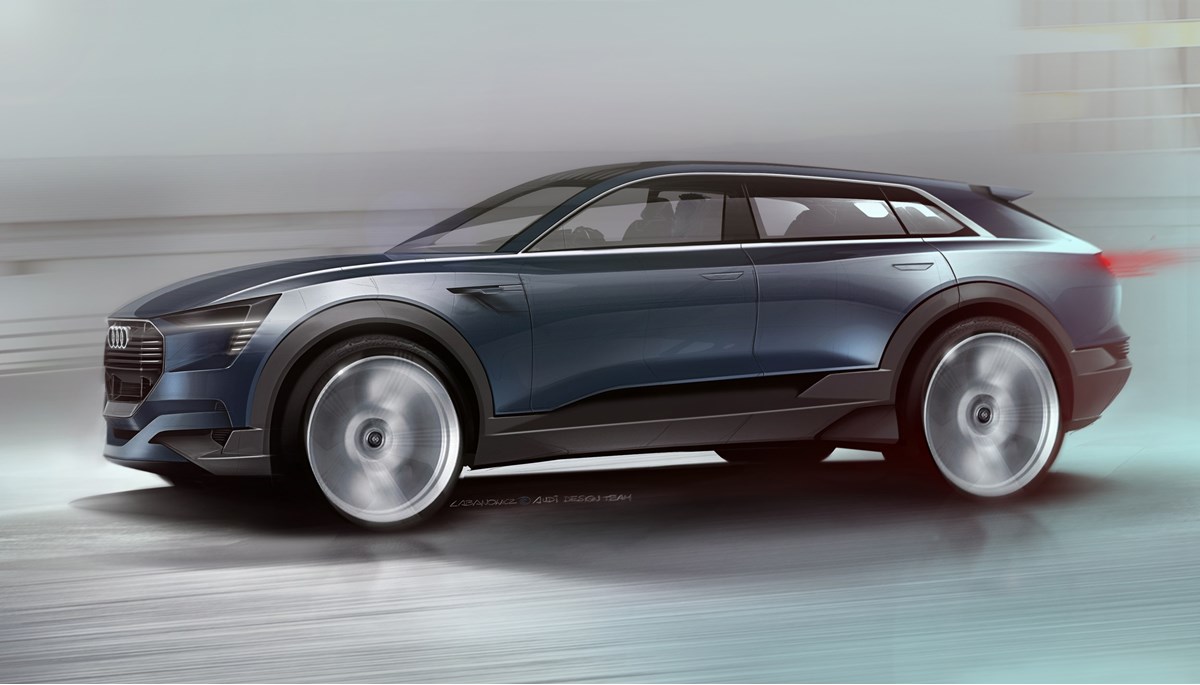 The concept for a completely new all-electric Audi SUV with a potential range of more than 310 miles will be revealed at the Frankfurt Motor Show next month.

The eventual roadgoing model of the Audi e-tron quattro will be the brand’s first large-series electric car when it goes into production in 2018.

The Audi e-tron quattro concept is designed from scratch as an electric car and follows the Audi “Aerosthetics” concept, combining technical measures for reducing aerodynamic drag with design.

It has movable aerodynamic parts at the front, on the sides and at the rear improve the air flow around the car.

Its length is between that of the Audi Q5 and the Q7. The interior offers room for four people.

The large lithium-ion battery is positioned between the axles and below the passenger compartment. This position provides for a low centre of gravity and a balanced axle load distribution, “giving the car better driving dynamics and driving safety than other vehicles in the segment”, says Audi.

Three electric motors – one on the front axle and two on the rear – effectively create an ‘electrified quattro’, making the e-tron quattro concept both highly efficient and responsive.