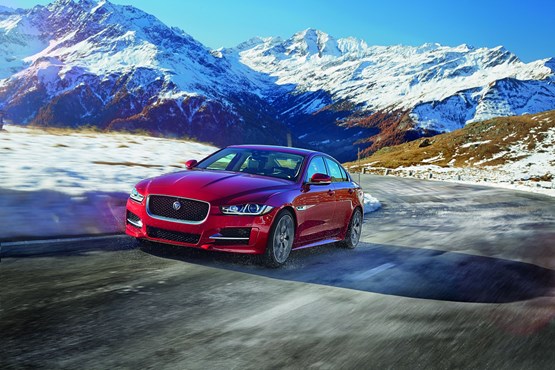 Jaguar has added an all-wheel drive variant to its 2.0-litre 178bhp diesel XE and has updated the saloon with new technology features.

The XE’s infotainment system has been updated with the latest generation of Jaguar’s InControl Touch Pro, which comes with a tablet-style 10.2-inch touchscreen, satellite navigation that can tell others if you’re running late, a Wi-Fi hotspot for up to eight devices and apps for wearable technology like the Apple Watch.

First developed for the new F-Type SUV, Configurable Dynamics is now offered in the XE and enables the driver to tailor the car’s character by selecting individual settings for the throttle response, transmission shifts and the Adaptive Dynamics continuously-variable damping system.

The XE also gets an enhanced range of assistance systems including Lane Keep Assist and Driver Condition Monitor – a feature which can detect and warn against driver fatigue. The XE also offers the Adaptive Speed Limiter: an intelligent technology which can support the driver by increasing or decreasing vehicle speed when speed limits change.

The XE is manufactured at Jaguar Land Rover’s Solihull Plant alongside the all-new F-Pace and the updated models are available to order now priced from £26,990.