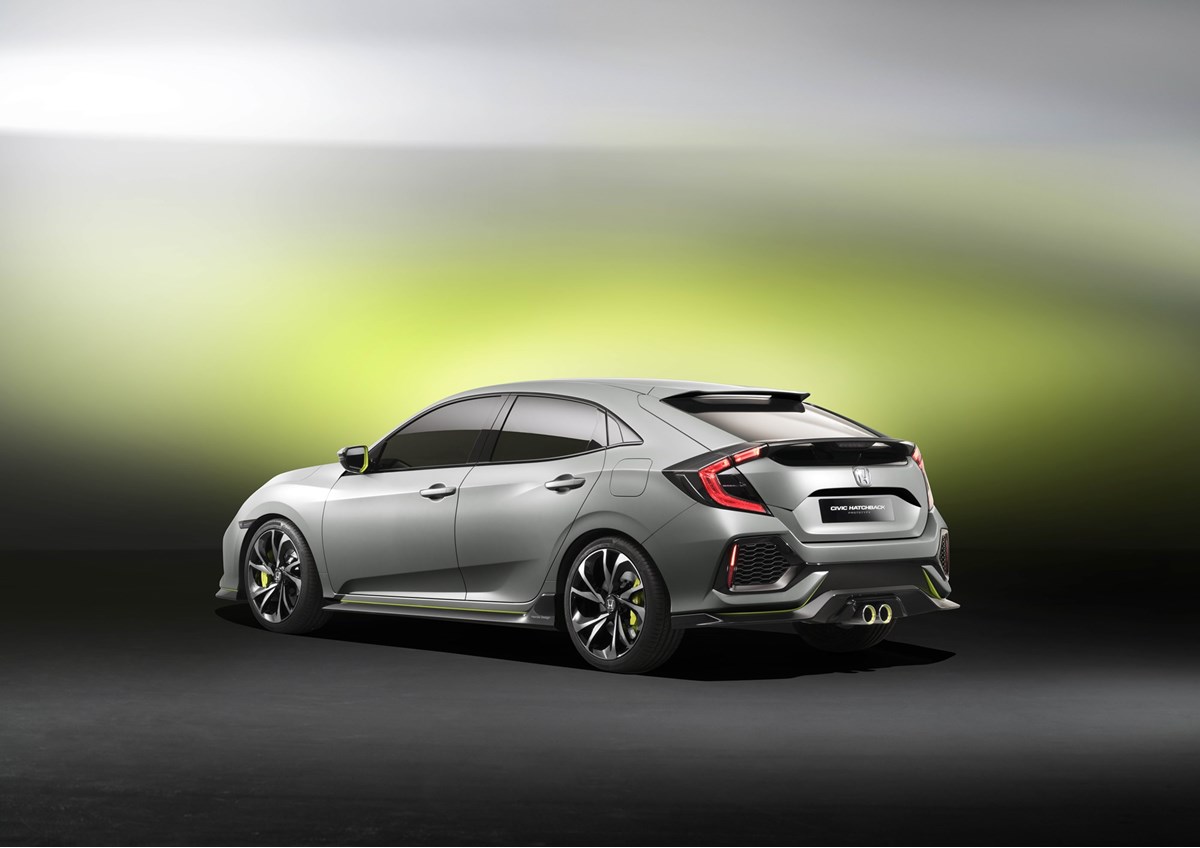 A prototype of the next-generation Civic hatchback has been revealed at the 2016 Geneva Motor Show.

The model’s 10th generation will be the first European vehicle to be available with Honda’s all-new 1.0-litre and 1.5-litre VTEC turbo petrol engines, plus further improvements have been made to existing 1.6-litre i-DTEC engine.

The new Civic hatchback will be available in Europe early in 2017 and will be built at Honda of the UK Manufacturing (HUM) plant in Swindon.

Jean-Marc Streng, general manager of Honda Motor Europe, automobile division, said: “The Civic is a core model for Europe with a strong sales and manufacturing heritage in the region.

“For many European customers, Civic is synonymous with the Honda brand.

“The all-new Civic hatchback continues this tradition, and we hope will continue to be a key volume pillar for the European business.

“We are excited to be developing this next generation model and look forward to its introduction in early 2017.”

The new Civic hatchback will be 30mm wider, 20mm lower and 130mm longer than the current generation, with new larger and wider wheels and tyres.

Daisuke Tsutamori, project leader for the styling of the prototype, said: “We knew that we needed to create a striking and stand-out exterior design that challenged conventional European compact styling while staying true to the original Civic’s core values.

“The result is a marriage of distinctive and sporty design, rewarding driving dynamics and versatile practicality.”

The Civic hatchback will feature a range of three powertrain options: 1.0-litre and 1.5-litre VTEC turbo petrol engines, and a revised 1.6-litre i-DTEC diesel unit. Civic will be the first European model to feature the two all-new petrol engines.

The all-new engines are part of Honda’s growing Earth Dreams Technology range and aim to deliver a combination of “dynamic performance, a class-leading output for their displacement and excellent fuel economy”.

A revised version of Honda’s popular and efficient 1.6 litre i-DTEC diesel engine - unique to European Honda vehicles– will be offered alongside the two new petrol engines.

Honda has confirmed investment of €270m in new production technologies and processes to prepare for the new model, which will be exported around the world, including the US.

Jason Smith, director of HUM, said: “By establishing HUM as a global production facility for the all-new Civic hatchback, Honda is demonstrating its long-term commitment to manufacturing in the UK and Europe.

“This is incredibly important for HUM and is a reward for the commitment and effort put in by Honda associates in recent years. As a global production facility for the Civic hatchback we look forward to making the most of the opportunity to export this model not only to our European customers, but also to key global markets.”