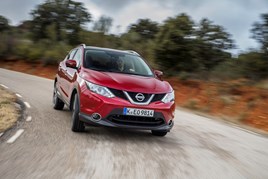 A programme of emissions testing in the wake of the Volkswagen emissions scandal has seen the country recall 814 vehicles, which were diesel Qashqai models built in Sunderland, UK.

"Usually, some cars turn off the emission reduction device when the temperature reaches 50 degrees, to prevent the engine from overheating. The Qashqai was the only vehicle that turned it off at 35 degrees,'' Hong said.

"All auto experts expressed the opinion that it was clearly a manipulation of the emissions reduction device,'" he added.

A Nissan spokesman said: "We are committed to upholding the law and meeting or exceeding regulations in every market where we operate.

"Any suggestion that we have not complied with regulations and are illegally controlling gas emissions is wrong."

“The testing and conclusions reached by the MOE are inconsistent with those of other regulators who have themselves carried out stringent testing. Authorities in the EU have concluded that the Nissan vehicles they tested - including the Qashqai - were fully compliant with homologation standards."

The Qashqai was one of a number of vehicles tested by the VCA in the UK with no issues, although it is believed the vehicle tested in the UK included a Euro 5 engine.

"The Qashqai sold in Korea complies with - and has been homologated to - European Euro 6 standards and Korean regulations permit the importation and sales of vehicles that comply with these standards."

"Nissan is disappointed by the statements of the MOE and firmly denies that any wrong doing has taken place."

The issues follow Mitsubishi's admission of false fuel economy data for vehicles on the Japanese market, for which it also made a number of vehicles for Nissan. Shortly afterwards, Nissan acquired a 34% stake in the company.