Audi reveals details of 2016 A5 Coupe 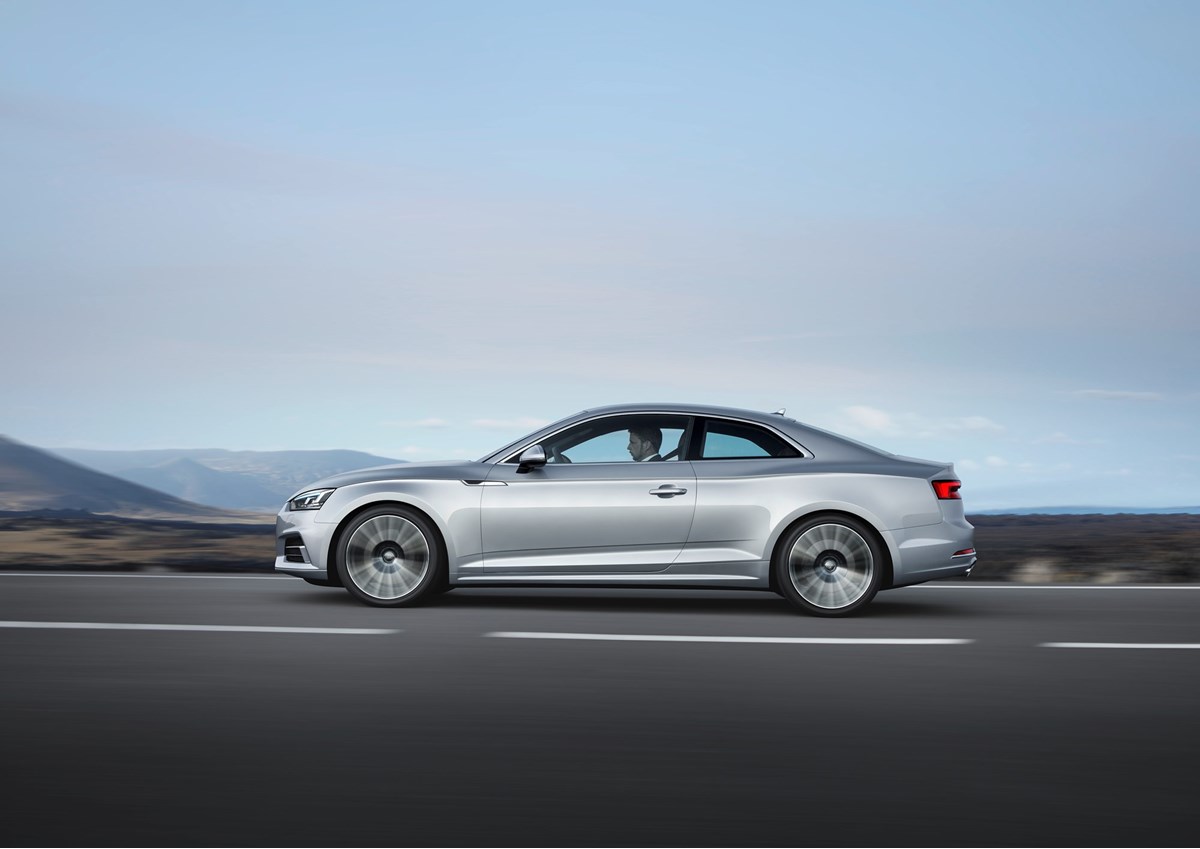 Audi has revealed the first detail - and pictures (more below) - of the new 2016 A5 Coupe.

The new Audi A5 Coupé will launch in the UK with five engines: two TFSI and three TDI units. Their power output has increased considerably and is now between 190PS and 286PS. Compared with the previous model, they offer up to 17% more performance while consuming as much as 22% less fuel.

The manual six-speed gearbox and the seven-speed S tronic are used with the four-cylinder engines as well as the 218PS 3.0 TDI with front- or all-wheel drive. The eight-speed tiptronic is reserved for the top diesel with 286PS and the S5 engine.

The new quattro, which debuted on the new Audi A4 allroad quattro 2.0 TFSI, is also available on the Audi A5 Coupé. At the moment it can be combined with the four-cylinder TFSI and TDI engines with manual transmission.

The interior benefits from the increased dimensions and longer wheelbase. Space for driver and passengers is greater.

Optional ambient lighting highlights the interior with a choice of 30 adjustable shades.

The A5 Coupé is now available for the first time with the optional Audi virtual cockpit, a 12.3-inch TFT display.

Together with the MMI navigation plus including 8.3-inch monitor on the centre console, it forms the central information unit. The focal point of the MMI terminal is the round rotary pushbutton. Its surface is home to the touch-sensitive touchpad. The touchpad is used to input characters and also for multifinger gestures, enabling the driver to zoom in on the map, for example. The whole MMI control logic is similar to that of a smartphone, including the intelligent free text search function.

When Audi connect is specified, a separate SIM card is permanently installed in the car with a flat rate data plan. The new Audi A5 Coupé uses this to connect to the internet via the ultrafast LTE network. Use of the Audi connect services is complimentary for three months, and can be extended via a subscription.

The A5 will also be available with the Audi connect safety & service package.

This includes such functions as an automatic emergency call in the event of an accident, online roadside assistance and Audi service request as well as remote functions that can be used with the MMI connect app on a smartphone, smartwatch or – in conjunction with the fourth generation Apple TV – from a television.

Examples include locking and unlocking the car, checking where the car is parked and calling up the vehicle status.

A Bang & Olufsen sound system with its innovative 3D sound is available as an option.

The predictive efficiency assistant helps the driver save fuel, Audi active lane assist helps keep the car on track in the driving lane, and the Stop&Go adaptive cruise control including traffic jam assist offers the driver relief in slow-moving traffic.