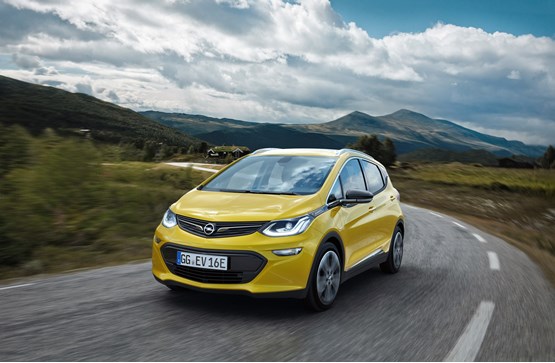 The new Ampera-e electric car, which will be unveiled at the Paris Motor Show later this month, will not be coming to the UK. But it will be evaluated by Vauxhall with the possibility of production of right-hand-drive models.

Due to be sold by Vauxhall’s sister company, Opel, from 2017 in left-hand-drive only, the Ampera-e has a pure electric range that can exceed 250 miles without recharging, but is capable of more than 185 miles under average, every day conditions.

“Vauxhall is committed to having a future EV presence in its range,” said Rory Harvey, Vauxhall’s chairman and managing director.

“The technology which underpins the new Ampera-e is of great interest to us, and we will be evaluating left-hand drive cars from next spring and demonstrating them to clients.

“The fact that Ampera-e is not an eco-luxury or second car for customers broadens its appeal greatly, but it’s obviously vital that the car we sell in our market is right-hand-drive, and that won’t be available in the current generation.”

The range of 250 miles (provisional figure measured, based on the NEDC) of the Ampera-e –beats the maximum 186-mile NEDC range of its closest competitor, the BMW i3, fitted with its optional, large 33kWh battery.

The battery package is located in the underbody and is tailored to the contours of the vehicle, with no space wasted.

Top speed is electronically limited to 93mph for the benefit of overall range.

The Ampera-e also has the ability to re-charge its batteries while being driven.

To do so, the driver eases off the accelerator in the normal ‘drive’ mode.

The Ampera-e recuperates automatically in overrun and wins back energy from the electric motor, which doubles as a generator.

The motor’s braking effect is increased when the driver switches to ‘low’ mode, therefore increasing recuperation.

The Vauxhall Ampera is no longer on sale in the UK. Two were sold this year to the end of August according to SMMT figures. In the same period in 2015 104 were sold.

Vauxhall to continue with EVs once Ampera ends (2014)